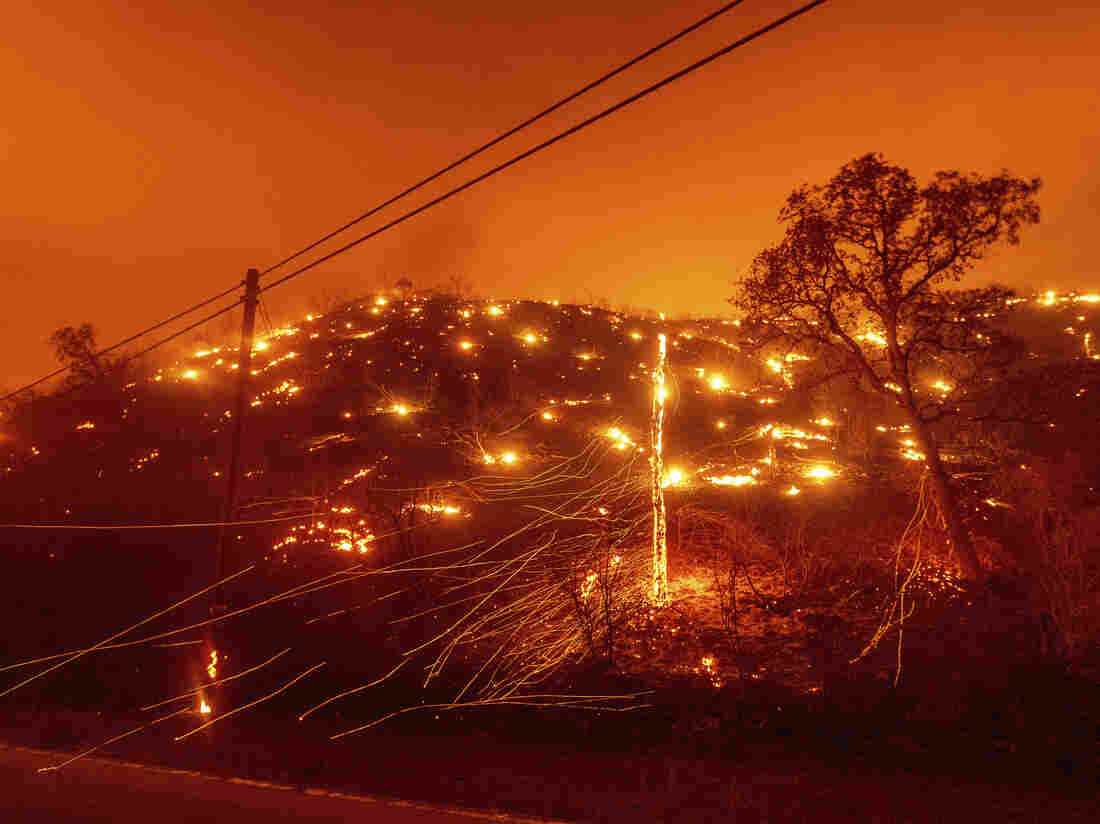 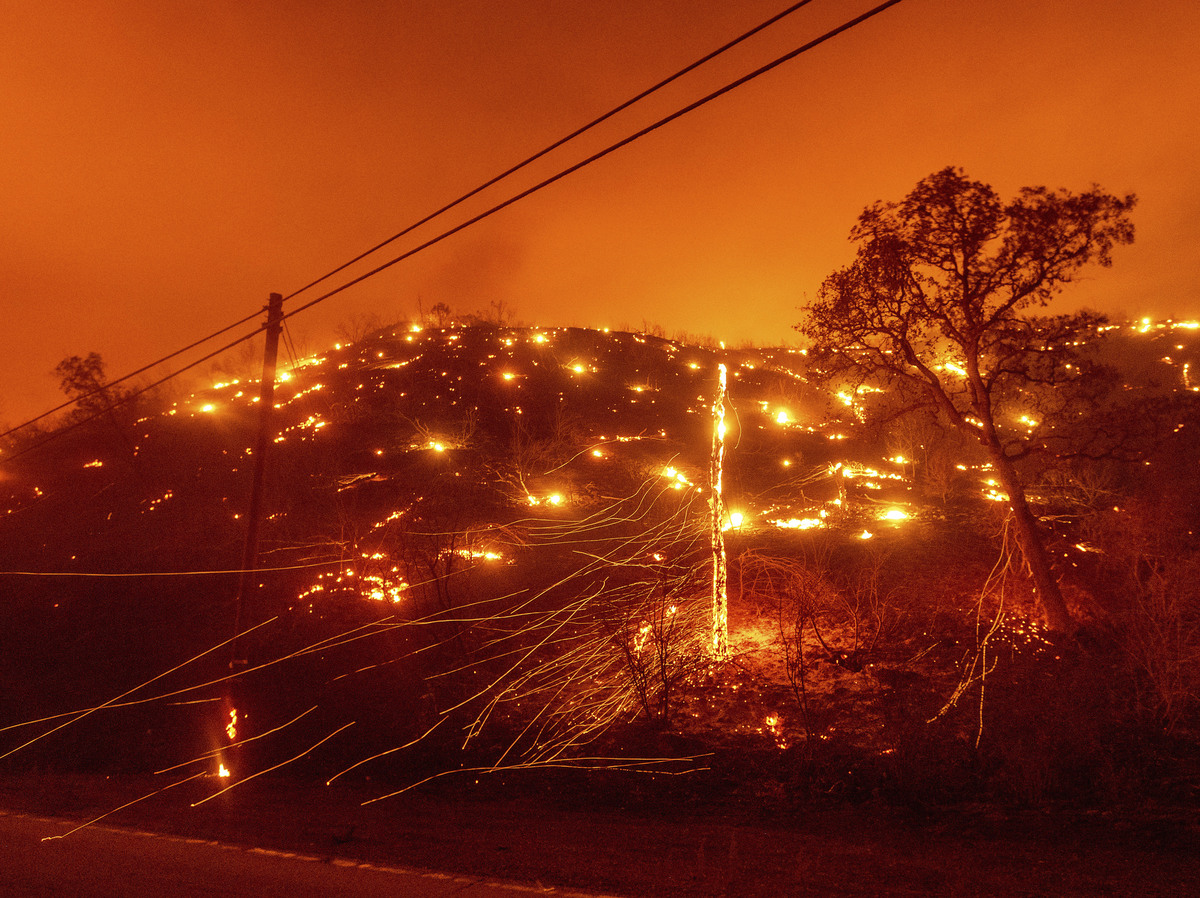 Embers burn along a hillside as the LNU Lightning Complex fires tear through unincorporated Napa County, Calif., on Tuesday. Fire crews across the region scrambled to contain dozens of wildfires sparked by lightning strikes as a statewide heat wave continues.

The onslaught of fires raging across California has turned deadly, claiming the first casualty as thousands of firefighting personnel battle to contain 23 major complex blazes across the state.

A helicopter pilot who was battling one of the state’s smaller fires in central California has died when the craft crashed, according to Cal Fire officials.

“This morning a Call When Needed helicopter crashed while fighting a wildfire in Western Fresno County,” the agency said.

The Bell UH-IH helicopter was on a water dropping mission on the Hills Fire at the time of the accident.

“The pilot was the only person aboard the helicopter and did not survive the incident.”

The helicopter was one of six fighting to contain the fire in Fresno County, which has been difficult to reach because of steep terrain and limited access, according to Cal Fire.

The tragedy comes as a blitz of lightning strikes amid a blistering heat wave have sparked hundreds of simultaneous fires across California, stretching the state’s resources to the limit.

As of Wednesday afternoon roughly 6,900 fire personnel from federal, state and local agencies have been called in to battle the flames as they engulf rural and residential areas alike, Cal Fire officials reported.

The lightning and thunderstorms that began on Sunday, combined with extremely high temperatures and dangerous air quality have exacerbated the ferocity of the blazes and speed with which they are spreading. That has prompted the evacuations of thousands of people as crews attempt to prevent the fires from ravaging entire neighborhoods.

“Over the last 72 hours the state has been besieged by a historic lightning siege that has resulted in approximately 10,849 lightning strikes across the state, causing more than 367 new fires,” Cal Fire’s Public Information Officer for the LNU Lightning Complex fire Jeremy Rahn, said in a Wednesday press conference.

“Fire fighting resources are depleted,” Rahn said, adding that “the size and complexity at which these incidents are burning is challenging all aspects of emergency response.”

So far, California has requested 375 fire engines from neighboring states and it has hired “nearly all available private firefighting call-when-needed aircraft in the western United States,” he said.

In all, fire officials have identified 23 major complex fires — those are separate, disconnected fires that are burning within a specific geographic area in close proximity to one another.

Gov. Gavin Newsom remarked on the unique crisis the state faces under the current extreme weather conditions during his own news briefing a few hours later.

“We are experiencing fires, the likes of which we have never seen in many many years,” Newsom said.

The governor declared a state of emergency on Tuesday clearing a path to more easily secure federal grants and firefighting help from other states.

The LNU Lightning Complex fire consists of several blazes throughout Napa and Sonoma counties. Together the fast-moving flames have burned more than 46,000 acres as of Wednesday mid-day and destroyed or damaged about 100 structures, Cal Fire reported. The fires were at zero percent containment. 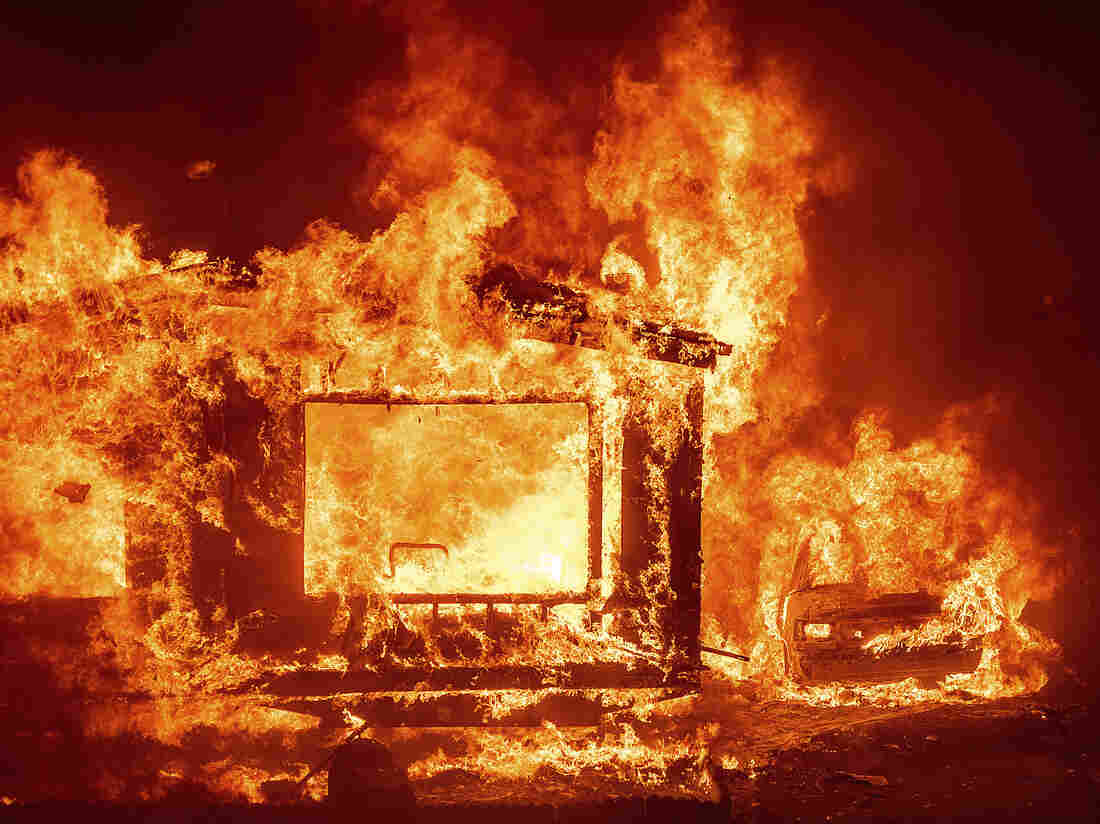 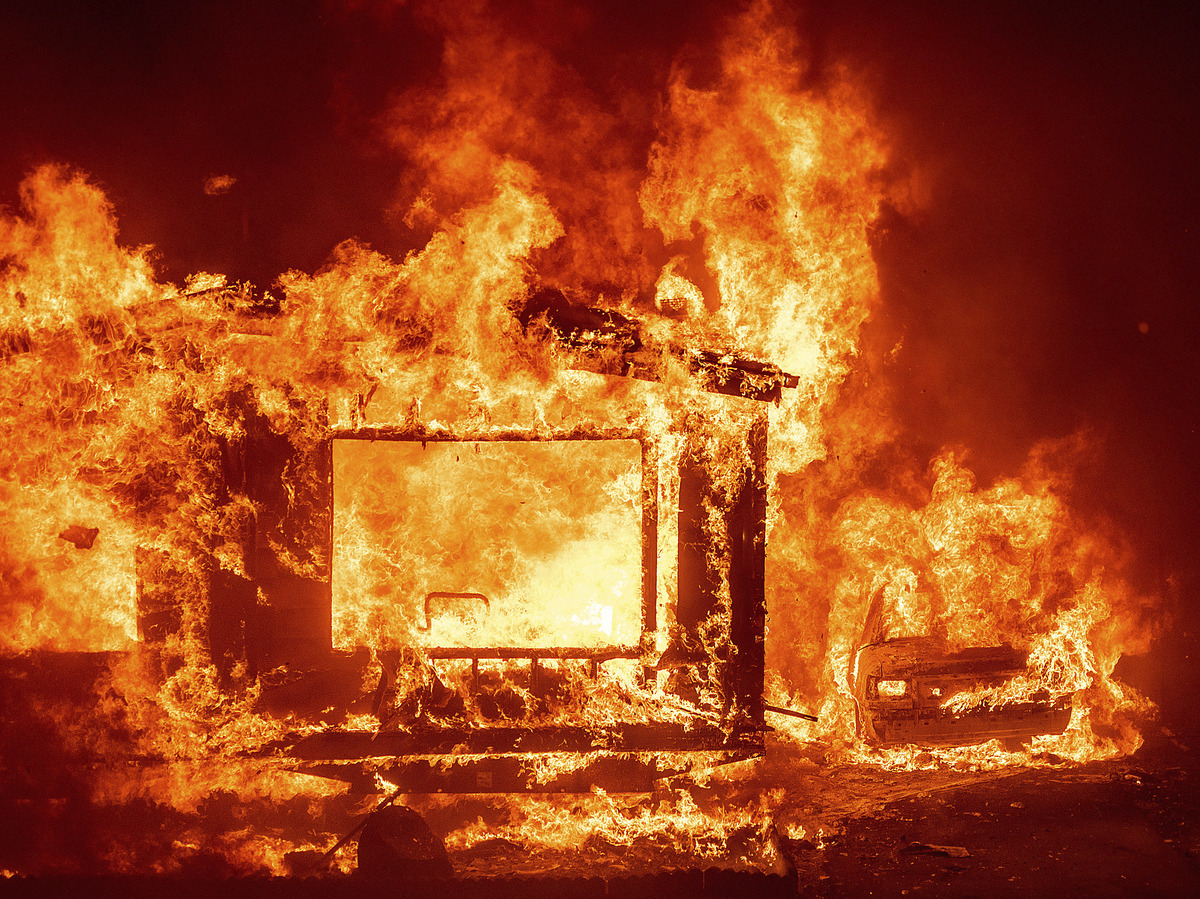 “A wall of flames roared through the Spanish Flat Mobile Villa … reducing homes to ashes and vehicles to piles of melted metal,” reported KPIX, the CBS affiliate in the Bay Area.

Not far from the wine region, the CSU Lightning Complex fires have consumed more than 85,000 acres across five counties. The burning, which is believed to have been ignited by dry lightning, began on Tuesday morning and has now spread through Santa Clara County, Alameda County, Contra Costa County, San Joaquin County, and Stanislaus County.

It is about 5% contained.

The CZU August Lightning Complex fire is yet another raging blaze. This one is along the coast in San Mateo and Santa Cruz counties. “High night-time temperatures and limited resources” have expanded the fire, which has now reached 10,000 acres, Cal Fire said.

Meanwhile, Southern California is contending with three massive fires that have scorched roughly 73,200 acres and threaten the existence of hundreds of communities.

The Lake Fire has spread across 26,000 acres, the Dome Fire has charred more than 20,000 acres within the Mojave National Preserve, and the Ranch 2 fire has swallowed 4,300 acres. Not one is more than 40% contained.

Although Newsom conceded that firefighting personnel “are stretched in ways that we haven’t seen in many years,” on Wednesday he rejected criticism that the state was unprepared for the onslaught of wildfires.

He noted extensive collaboration with FEMA and other states, including Arizona and Texas, that have been put in place over the years to address such calamities.

“We prepared for it,” Newsom said.

An additional Cal Fire budget boost of $ 85.6 million “to bring on permanent firefighting forces” was approved by the state legislature earlier this year, despite the economic belt tightening caused by the coronavirus pandemic, Newsom said.

The governor reported 830 additional seasonal fighters have been hired in the last few weeks to combat the active wildfires. And more help is expected to arrive from Texas

The fires are also smothering huge swaths of the state with harmful smoke and ash forcing many who can to remain indoors. But that is also putting stress on the state’s energy infrastructure which is under tremendous strain as the heat wave has triggered rolling blackouts.

And there is little reprieve expected for at least a few days. High temperatures are expected to continue through the end of the week, the National Weather Service said.

Another, unexpected complication that has arisen as a result of the coronavirus pandemic is where to send people who have been evacuated from their homes. Statewide health and safety guidelines require that evacuees not be crammed together in enclosed spaces are they usually when people wait out emergencies.

The two rivals are due to faceoff at the Case Western Reserve and Cleveland Clinic in Ohio. US presidential debates have long been dogged...
Read more