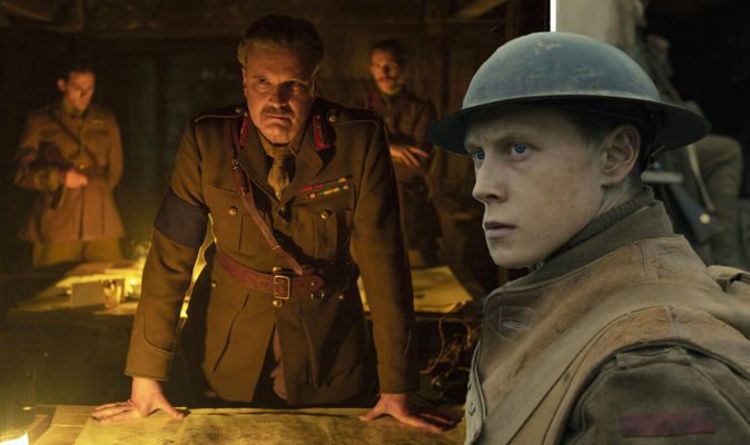 Of course, anyone would know 1917 is a year during which British troops were fighting in World War I. However, the specific tale of 1917 speaks of a particular incident during Operation Alberich. There is definitely real life roots to the story – and Ancestry has exclusively revealed some of the movie’s reality.

Sir Sam Mendes, the film’s director and writer, has spoken out about how his new Golden Globve-winning film, 1917, is based on stories told to him by his grandfather.

Alfred Mendes was a poet, writer and children’s author, so this story could still have come from his imagination.

However, in research conducted exclusively for Express.co.uk by Ancestry, it is clear there are some real life facts upon which this story is based.

Military service records of Mendes’ grandfather, whose stories sparked the cinematic feature, are just some of the items that have been recently uncovered in relation to this story.

Alfred H. Mendes served with the British Army in World War I and, given his small frame, he was chosen to be a messenger on the Western Front.

According to Ancestry, he was awarded the Military Medal after he volunteered for a dangerous mission to locate injured soldiers scattered across No-Mans Land during the Battle of Passchendaele in 1917.

It turns out, tales from this journey, amongst others, helped spark the narrative for 1917, which sees two young soldiers trying to send important intelligence to the Western Front, about Operation Alberich.

However, it has also been unveiled there is some uncanny lineage for actor George MacKay, who plays the film co-lead Lance Corporal Schofield.

MacKay’s character is tasked alongside Lance Corporal Blake (Dean-Charles Chapman) to deliver the message deep in enemy territory, which, it turns put, is not too dissimilar from George’s three times great uncle, Albert Victor Baulk.

Albert was a signaller for the 196th Siege Battery in Sailly-au-Bois, just a few miles from the German front lines where Operation Alberich took place and where the film is set.

As a signaller and telephonist, Albert would have helped relay crucial communications to his unit just like Mackay’s character in 1917, though it would likely not have led to the same personal dangers or treacherous journey.

On learning about George MacKay’s family connection to the real-life events of 1917, film director, Mendes said: ‘’The story of 1917 was inspired not only by my own family history, but also by many others.

“I hope very much that the stories of those that came before us and fought on our behalf live on in our movie.”

During Operation Alberich, which took place in the spring of 1917, a German military battalion withdrew to stronger positions in northern France.

In the film, there are concerns about an upcoming ambush, which is the message Lance Corporals Blake and Schofield must deliver.

Russell James, DNA and Family History expert at Ancestry, said: ‘’Historical dramas provide entertainment but also the inspiration to delve a little deeper into stories from our own family history.

“From George MacKay’s character who mirrors his real-life ancestor to Sam Mendes’ grandfather who inspired the film, so many of us have a connection to the events in 1917 which should be explored as much as possible.”

To find out more about the real-life events in 1917, visit www.ancestry.co.uk.