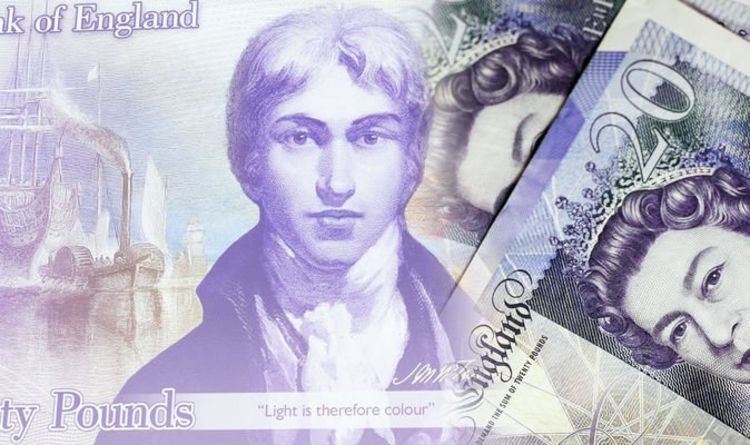 Mr Turner was revealed as the new face of the note in April 2016.

Mr Carney said: “Our banknotes celebrate the UK’s heritage, salute its culture, and testify to the achievements of its most notable individuals.

“And so it is with the new £20 banknote, featuring JMW Turner, launched today at Turner Contemporary in Margate.

“Turner’s contribution to art extends well beyond his favourite stretch of shoreline. Turner’s painting was transformative, his influence spanned lifetimes, and his legacy endures today.

“The new £20 note celebrates Turner, his art and his legacy in all their radiant, colourful, evocative glory.”