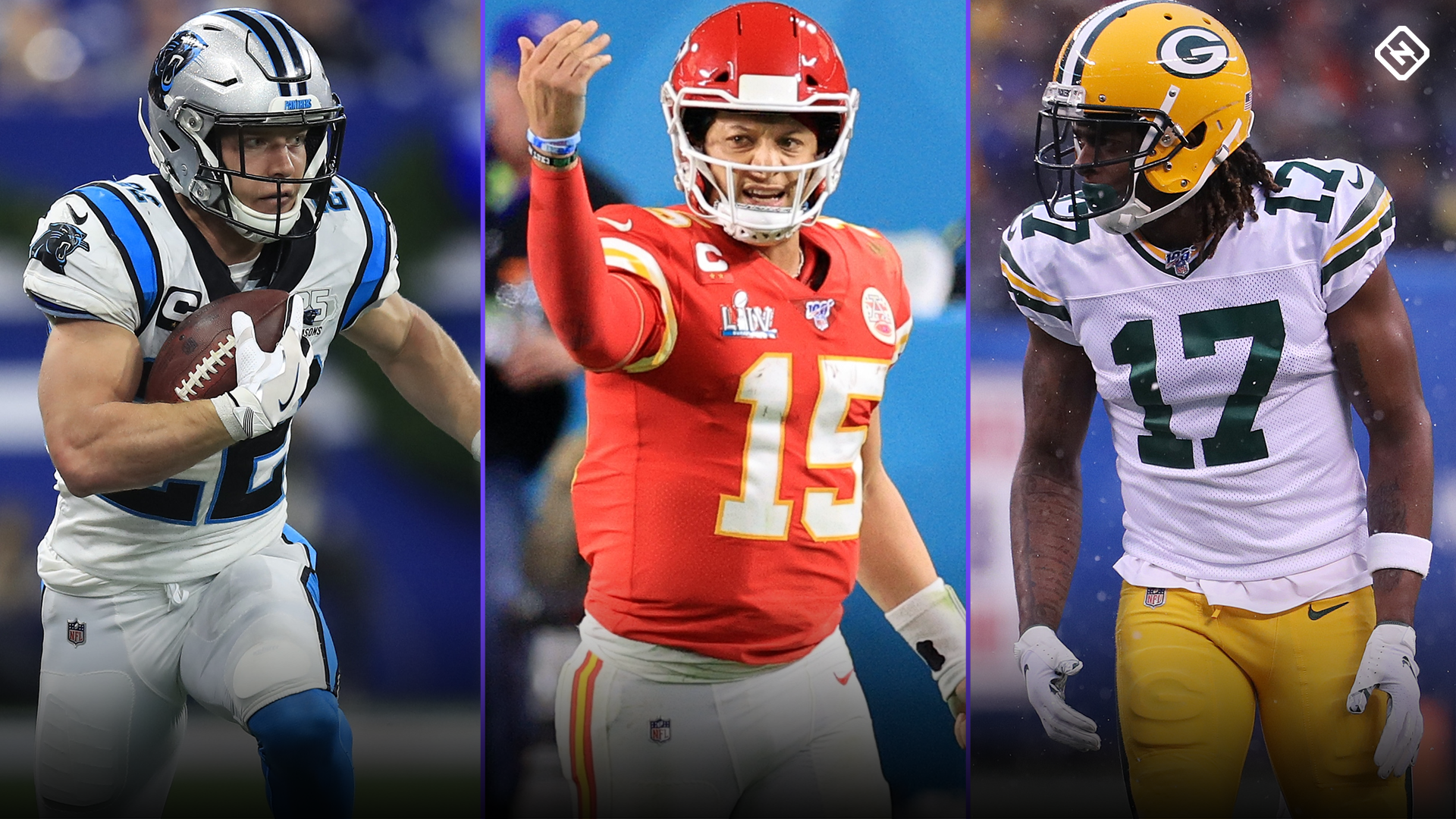 If your goal is to win your league — and your goal should always be to win your league — then our 2020 fantasy football cheat sheet has everything you need. Obviously, we have rankings (PPR, Standard, and Superflex), tiers, projected dollar values, sleepers, busts, mock drafts, stat projections, and snake draft strategy/auction tips — you know, the stuff  you’d expect from any cheat sheet — but we go deeper with the best fantasy team names, IDP rankings/advice, best ball tips, dynasty/keeper strategy, COVID-19-related opt-outs and rule change suggestions, and much more.

Regardless of where you play (ESPN, Yahoo, CBS, Sleeper, etc.) or what your league settings are, we’ll have you covered.

Week 1 kicks off on Thursday, Sept. 10 with the Texans and Chiefs, and we’ll be continuing to produce new content and adding links below right up until kickoff. Bookmark this page or check back often (or follow SN Fantasy on Twitter). There’s more to come!

Quarterbacks: Lamar Jackson vs. Patrick Mahomes is a fun debate for the top spot, though paying up to draft one isn’t quite as fun. (Click here for QB tiers)

Running backs: Unlike with Hooper above, you have to click to find out where Clyde Edwards-Helaire is ranked. (Can’t give ’em all away!) (Click here for RB tiers)

Wide receivers: The top five could all easily be No. 1. After that, things get a little more complicated. (Click here for WR tiers)

Defense/special teams: This position always finishes exactly as expected, so you can take these to the bank.

Kickers: If you only read one set of rankings ahead of the 2020 season, do not make it these kicker rankings. That would be stupid as hell.

IDP: Why be in a league where you can’t play any defensive players when you can be in a league that plays several? Oh, right — because it’s way easier.

Rookies: A bunch of stud backs are fighting for No. 2 behind CEH. Who’s worth going after in redraft and dynasty leagues?

Offensive lines: You’re not drafting any of these O-lines, but you are drafting the players who depend on them. Know the best and worst.

Comparing Yahoo and ESPN rankings: There are some key differences between the two sites, so this is a must-read when it comes to putting together draft strategies.

Running back: If only every down was third down…

Wide receiver: Can Julian Edelman still be Mr. PPR even though Tom Brady left him for warmer weather in Tampa?

Tight end: Basically the same as our standard TE rankings, only with a price reduction on Mark Andrews.

Superflex Top 200: QBs generally move down in PPR, but they move way up in Superflex. Talk about worlds colliding…

Players who gain value in PPR: You know about the third-down backs and possession receivers who move up, but don’t forget about studs who go from good to great.

Players who lose value in PPR: Normally, touchdowns and big plays are a good thing, but not if you rely on them too much.

One from every team: Anthony Miller? Again? You’re damn right Anthony Miller is on here again — and he’ll continue to be until he does something or retires.

Quarterbacks: We have two Super Bowl-losing QBs, two sophomores, and two rookies. Quite a mix.

Running backs: It’s not easy choosing the best first name on this list, but Ryquell and Ke’Shawn are up there. Last place? Matt.

Wide receivers: We have a lot of rookies and sophomores on this list, as well as a guy who won some fantasy leagues as a waiver pickup last year.

Tight ends: This might be the first TE sleeper list in history that includes a third-string quarterback.

Defense/special teams: The season-long sleeper picks are nice, but the list of D/STs with favorable opening weeks is even more helpful if you’re a streamer (which you should be).

Draft-day steals: A guy can be a second-round pick and still be underrated. This list will help you at all points in your draft.

All-Sleeper Team: Rookie RBs, second-year QBs and WRs, and the “Money Badger” — what more do you want?

Deep-Sleeper Team: If you play in a 16-team league — or just want to go off the board with your last pick in a smaller league — we have some advice for you.

Quarterbacks: If you “wait on quarterback,” who can you realistically expect to get? (Bonus breakdown of Mahomes vs. Lamar)

Running backs: Let’s face it — Tier 1 should probably just be one or two players, but we went nine deep because we were feeling generous. (Bonus breakdown of McCaffrey vs. Saquon)

Wide receivers: Four guys in Tier 3 go by their initials. That doesn’t have anything to do with anything, but kinda cool, right? (Bonus breakdown of Tier 1)

Tight ends: George Kittle and Travis Kelce will probably be gone by the end of the second round. Then what happens at this position? (Bonus breakdown of Kelce vs. Kittle)

Defense/special teams: Should the lack of fans in the stands this year alter your D/ST strategy? We explain why it might.

IDP guide: If you’ve never played in an IDP league before, this is a must-read; If you have…read it anyway.

Snake draft tips: You are guaranteed to win your league if you follow these draft tips. (Not a joke. Real guarantee. Seriously)

Stat Projections: The number-crunching experts from TeamRankings give you a sneak peak of their QB, RB, WR, and TE projections.

Mock Draft Simulator: You can test out every possible draft strategy in minutes with FantasyPros’ fully customizable mock draft simulator.

12-Team standard league: Apparently, you can wait until the ninth and 10th rounds to draft your TE and QB and still get two studs.

12-Team PPR league 2: You got Saquon Barkley in your draft. Yay! Now what…?

Do Not Draft List: Despite the click-baity name, we’re not saying you should avoid all these guys at all costs…just some of them at some costs.

Boom-or-Bust Team: We hate on some good players here, but the most venom is saved for our kicker pick. Who knew Robbie Gould inspired such passion?

Dollar values: For the price of one Christian McCaffrey, you can get two Chris Carsons and have some money left over.

Strategy tips: If you ever complained about math class in high school, you’ll take it all back after realizing how it can help you in an auction draft.

Draft strategy/advice: As is the case with dating, you shouldn’t be overly infatuated with youth and potential.

Best team names: This year’s rookies inspire some good ones (“Fresh Prince of Helaire,” “Call of Jeudy,” “Batman and Dobbins”) to go with a ton of classics

Coronavirus-specific team names: Google Trends tells us you all are searching for these like crazy, so we made a list.

Player updates: You’re gonna need these more than ever this year because of, you know, the global pandemic thing that’s going on.

RB handcuff chart: We’ve expanded our chart this year to list more backups because chances are you’ll need them at some point.

New coaches and play callers: Jason Garrett is just one of the new coaches who could have a way bigger effect your fantasy team than you think.

Available targets and touches: When a player leaves a team, he doesn’t take his touches and targets with him. See who could claim them this year.

Advice for format/rule changes in response to the pandemic: This is going to be a crazy season, so it’s not a bad idea to consider some of these rule/format changes for your league.