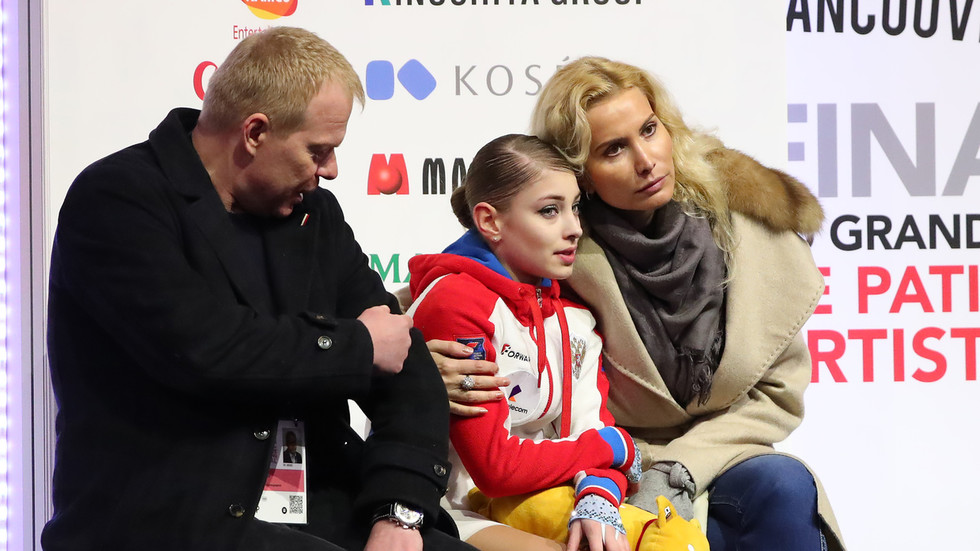 Tempers surrounding the 17-year-old skater began to fray after she missed a spot on the national squad, only finishing sixth at the Cup of Russia last week.

Kostornaia, who was unbeaten last season, made a surprising U-turn in her career by parting ways with famed coach Tutberidze, who led her to international prominence.

Tutberidze’s rigid training and unwillingness to meet Kostornaia’s demands were given as the main reasons for their sudden break-up, which was widely discussed in the Russian media.

The prominent figure skating specialist, who has brought up several generations of champions, didn’t give in to Kostornaia’s ultimatum, which she said included a long list of skaters who she didn’t want to train with on the same rink.

The coach also refused to change Kostornaia’s short program, saying none of her champions enjoy any advantages in the training process and are all treated with an equal approach.

The highly-publicized split was accompanied by a heated spat between Plushenko and Tutberidze, with the latter accusing the two-time Olympic champion of “luring her skaters” with attractive financial terms.

Plushenko spoke in numerous interviews about his partnership with former Tutberidze stars including Kostornaia and Alexandra Trusova, who also joined his camp last May.

Their partnership, however, has turned out to be less impressive than expected, with Kostornaia recording a career-worst season which left her without the world championship.

The skater seemed to suddenly lose her power and confidence, losing to ex-teammates she had previously beaten. Her gorgeous triple axel, which made her technical score practically unachievable for the rest of the competitors, also suddenly disappeared after she started training under Plushenko.

Her overall score at the Cup of Russia (210.20) turned out to be her worst ever.

Following her disastrous performance, rumors started floating that Kostornaia wanted to reunite with Tutberidze ahead of the Olympic season.

Russian Figure Skating Federation President Aleksandr Gorshkov has said he doesn’t have any information regarding Kostornaia’s potential transfer, but it’s quite obvious that her partnership with Plushenko has ended with nothing to show for it.

Tutberidze, on the contrary, has proven again that she sets the pace in women’s skating, with her trio of Kamila Valieva, Maiia Khromykh, and Daria Usacheva confidently winning the final of the Cup of Russia.

As well as dominating the event, the team showed spectacular technical content which they are constantly aiming to improve.

Given the speed with which she quickly replaced her fugitive star with other talented skaters who continue to shine on the international stage, it remains uncertain whether Tutberidze will accept Kostornaia back into her camp.
Also on rt.com ‘I’m smiling more since I left’: Figure skating star Kostornaia reveals ‘infuriating’ music row led to split from coach Tutberidze