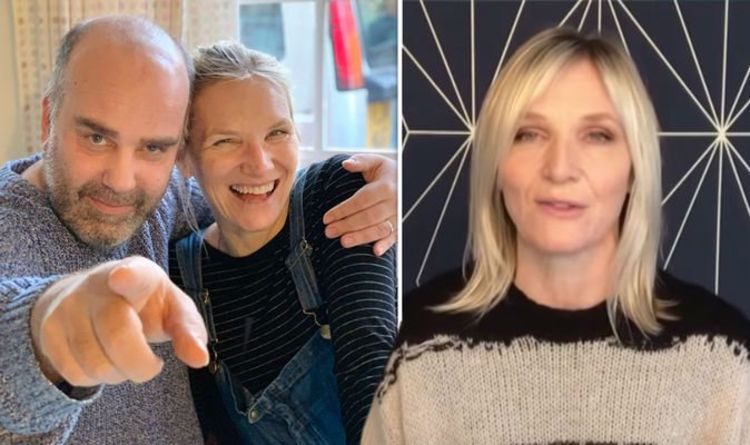 BBC producer Simon Willis has died after “being poorly for some time” his colleague Zoe Ball, 50, confirmed today. The BBC Radio 2 Breakfast show host and her colleague Jo Whiley, 55, have paid tribute to the late producer this evening. He had worked for both BBC TV and BBC Radio 1 as part of his broadcasting career.
Jo has taken to Twitter to pay tribute to her late colleague after pulling out of her show this evening.

Alongside pictures of herself and Simon, the radio presenter wrote on Twitter: “We woke to the news that our beloved Willy aka Simon Willis has left us & we are bereft.

“There were 3 of us in our marriage. And it was the perfect recipe. Me. My husband Steve & Willy.

“He was my Dr Who husband, Ernie Wise to Steve’s Eric Morecambe, THE Godfather to our kids,” she added alongside a broken heart emoji.

In view of her 570,000 Instagram followers, she wrote: “Heartbroken to hear our dear friend Willy, Simon Willis from our Radio 1 Breakfast Show team, passed away last night.

“He’d been poorly for some time. He was the naughtiest, daftest dear chap, deliciously hilarious, the best raconteur & a total joy to work with & indeed play with.

“He took us on some wild wonderful adventures with the show, oh the tales.

“The Oscars, ski trips, the Euros, The Brits. Forever in our hearts Showbiz Willis. The best of the best Baby.”

Jo’s heartache comes just days after she campaigned for those with learning difficulties to be prioritised for the Covid-19 vaccine.

The DJ pulled out of her BBC Radio 2 last month after her 53-year-old sister Frances was rushed to hospital after contracting coronavirus.

The latter has learning difficulties and diabetes, which makes her more vulnerable to the disease.

Jo said she had been offered the coronavirus vaccine before her sister and “desperately” wished it had been the other way round.