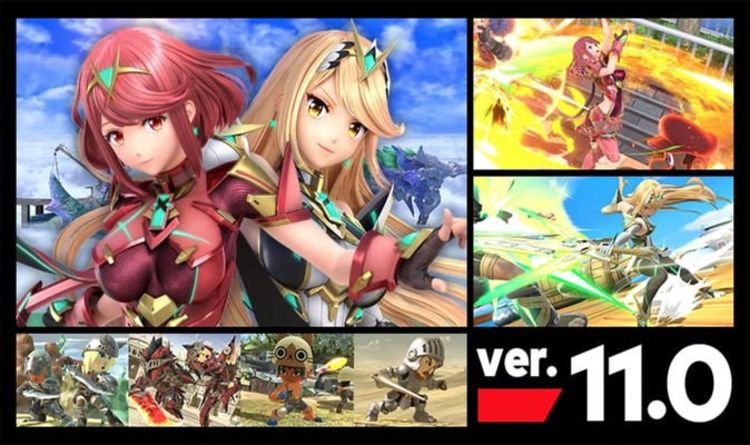 The Super Smash Bros Ultimate update 11.0 is available as a free download for Nintendo Switch.

According to the Super Smash Bros Ultimate patch notes, the headline new feature is the addition of Pyra and Mythra as playable characters.

The Xenoblade Chronicles 2 characters are available as part of the Fighters Pass 2 content pack.

The new characters are joined by some bonus items for the game’s Mii characters, including Arthur’s Helm from Ghosts and Goblins.

Needless to say, the new items are joined by quality of life tweaks, bug fixes and gameplay changes.

This includes the ability to disconnect unused controllers by using your own controller in the fighter-selection screen. It certainly better than having to leave the game and disconnect in the settings menu.

You can see the full list of update 11.0 patch notes below…

• The following spirits will appear in the Shop on the Vault menu:

• You can now enhance Rex’s spirit.

• When multiple controllers are connected, unused controllers can now be disconnected using other controllers in the fighter-selection screen in Smash.

– This can be done by pressing the A Button over the player bracket of the controller you want to disconnect.

• The following downloadable content will be usable after purchase:

– If you go to amiibo in Games & More and tap the Toad Power-Up Band, you can receive a reward. The Mario, Luigi, Peach, Daisy, and Yoshi Power-Up Bands can be used as Figure Players.

• Game-balance adjustments have been made.

• Several issues have been fixed to improve gameplay experience.