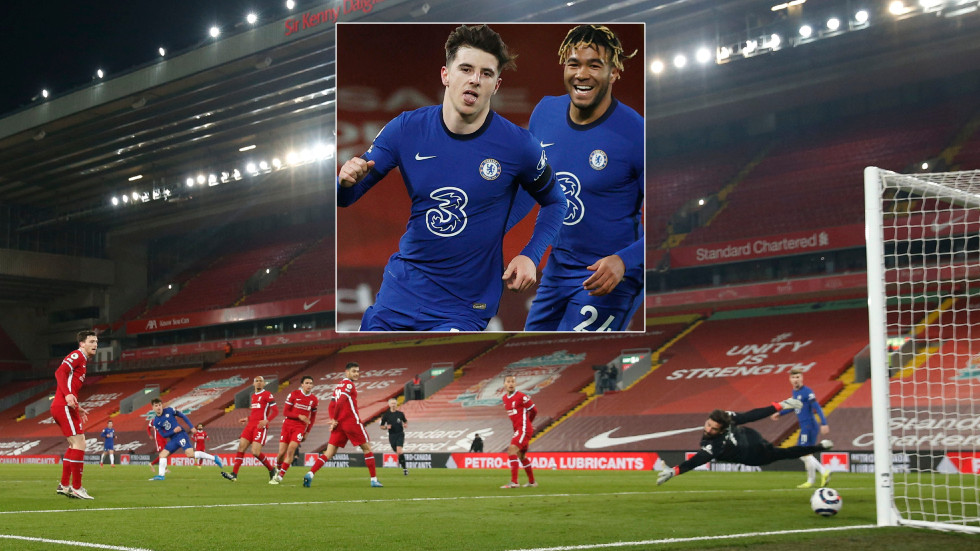 Thomas Tuchel has started his tenure as Chelsea boss by going 10 games unbeaten after his side won at Liverpool on Thursday, condemning the reigning champions to a fifth straight home defeat for the first time in their history.

Owner Roman Abramovich and his board of directors increasingly look to have found the right manager in Tuchel for their gifted and expensively assembled squad, although how much of a masterstroke the move can be considered on their part is debatable given that the 2020 Champions League finalist is thought not to have been their first choice to replace Frank Lampard in January.

Neither they nor the tactician will care after Chelsea earned a fifth clean sheet in sixth and a seventh win in nine in all competitions. There were murmurings on social media about his decision to leave Christian Pulisic and Kai Havertz on the bench, only for the mainstay of Chelsea’s midfield this season, England midfielder Mason Mount, to score a superb opener three minutes before half-time.

Collecting possession outside the Liverpool penalty area on the left, Mount pushed the ball to his right, outpacing the uncomfortable-looking Fabinho with apparent ease before bending an unstoppable shot into the left-hand corner of goalkeeper Allison’s net, ensuring that Liverpool would not build on the first clean sheet in eight they secured by beating bottom side Sheffield United on Sunday.

“It’s a massive win. Every win now is big,” a jovial Mount told Sky Sports afterwards, admitting that he had been pleased to score because of Chelsea’s concerns over not producing enough goals.

“We had to be brave, push forward and try to win the ball back up high. Most of the time their defensive line is quite high, and we tried to explore that.

“Me, Timo [Werner] and Hakim [Ziyech] tried to run in behind and in the end that paid off. I’m not the quickest but I have a yard of pace.

“We want to keep pushing. We’re in and around [the top four] and these are the games we want to win.”

Liverpool never really threatened. Home boss Jurgen Klopp emerged for the second half with his arms around Sadio Mane, hoping the livewire striker would recapture the kind of form that saw him score both goals when his side won 2-0 at Chelsea in September.

As it was, they did not have a shot on target all night, and Werner, who was denied a goal by a VAR decision and looked lively in attack with clever movement and rapid running, came closest to scoring a second, breaking free inside the penalty area on the left to shoot against the onrushing Allison’s legs during the second half.

“We had moments where we needed to suffer but we never lost the discipline, attitude, desire to defend, and also courage to defend upfront,” said Tuchel.

“When you play at Anfield, you cannot overthink. You have no time to think so we told the players, ‘we need your best performance but we need nothing extra, super-special.

“‘We need to do things on the highest level – precision in passing and distances, where we want the ball. We need to have courage if we want to escape the pressure.’

“We knew that we had to be top in all aspects of the game. They ask you a lot of questions and we needed to have the answers.”

10 – Liverpool have earned just 10 points from 11 Premier League games in 2021, with only West Brom (nine), Newcastle (seven) and Southampton (four) picking up fewer points since the turn of the year. Struggle. pic.twitter.com/6Zr36uOnJ8

Asked about the impact he has had in his early days at the club, Tuchel said: “I feel a big part of this group, of the whole club, from the first moments.

“We try to help in the best way possible and we are happy when the team show their qualities.”

Reds fans who feel they have missed out on the joy of congratulating their title-winning team at Anfield now have the consolation of knowing that they have not watched the worst run of home defeats in the club’s history.

Had they been able to attend home games this year, they would have seen one goal in six matches – a Mohamed Salah penalty in the 4-1 drubbing by Manchester City – as part of a run of more than 10 hours without a goal from open play.

Top scorer Salah failed to find the net for a third league match in a row, shaking his head in a visible show of frustration as he sat in the stands after being substituted with little more than 20 minutes of the second half played.

2 – Chelsea have conceded only two goals in 10 games in all competitions under Thomas Tuchel, the same return as they had after 10 games under José Mourinho – both managers’ 10th game was a 1-0 win against Liverpool. Mastered. pic.twitter.com/Pv2khayfvk

Having seen Liverpool slump from being eight points ahead of Manchester City at one stage to now sitting 22 points behind the league leaders, a jaded-looking Klopp said: “The individual quality of Mason, in that one situation, made the difference. It was a tight, intense game. Both teams had to invest a lot. That’s it, pretty much.

“I’d have to watch [the goal] back. I think we had enough players there, we were just too deep. When Mason comes inside, you cannot defend inside the box or around the six-yard box.

“It’s the quality of Chelsea, it’s the first time in a while that Fabinho played. A lot of things are there that you have to consider but… in the end, we conceded a goal, we made a mistake.

“Everything was really good until the final pass. You are close, but if you are not close enough then it’s not even a chance.

Wow…According to @MattCritchley1, Mo Salah was brought off because Klopp was screaming at him to track back and he instead jogged. Klopp turned to his bench straight away to discuss taking him off. 😳😳😳 pic.twitter.com/W7UNTD0czu

“I know we have lost a lot of games now. We know [that]. It’s not about Anfield or whatever. It happens too often in general. In the decisive moments, we have to improve.

“It’s a massive blow. If you lose that many games, you don’t have the right to go to the Champions League. That’s how it is: we have to win football games.”

Defender Andy Robertson did not sugar-coat Liverpool’s form. “We can’t rely on the past,” he warned. “Last season’s done, the season before is done. We’ve not been anywhere near good enough, the way a Liverpool team should be playing or picking up the results that we should be picking up.

“We need to sort that, we need to start winning games. If we do that, we might start climbing the table. It’s simply not good enough and, right now, games are running out.

“We need to start getting points on the board and putting pressure on the people above us. People will think we’re down and out and we need to start picking up results to show them that we’re not. Just now, we’re not doing that.”

Liverpool had gone 68 matches unbeaten at home before Burnley beat them in January. They are now seven without a win at Anfield, and their crisis is such that even third-bottom Fulham, battling to stay up and narrowly beaten by Tottenham earlier on Thursday, pose a conceivable threat when they visit on Sunday.

Only an early Tosin Adarabioyo own-goal gave Spurs victory after they survived late pressure from the hosts, and that will have been enough for manager Jose Mourinho, whose side have improved on a dire run of form with three wins in a week.