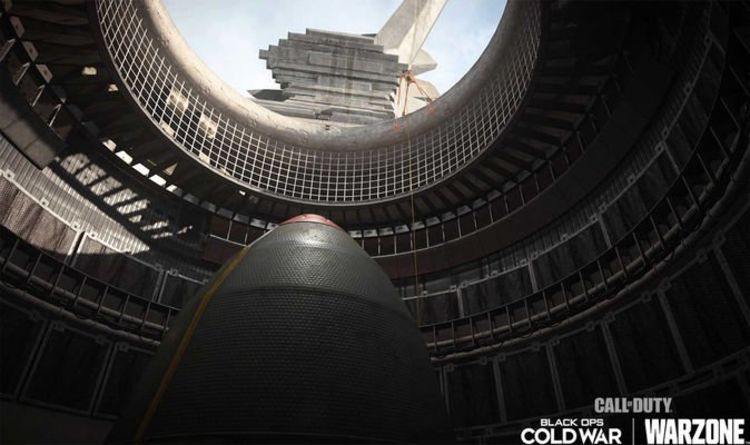 New reports in 2021 suggest that the next Call of Duty Warzone event has been scheduled for the coming weeks.

And the good news for those who are bored with the Verdansk map is that big changes could be on the way.

From what has been shared so far by data miners, the current undead infestation found in Shipwreck will expand.

References to a Plague have been found in audio files associated with Warzone, and it sounds like it won’t be centralised in one area.

Instead of finding Zombies in just one area, this new Plague will spread across the Verdansk map, leading up to a big Call of Duty Warzone Nuke Event.

This could mean that a series of smaller events and Easter eggs will lead up to something that will change everything in the popular Battle Royale spin-off.

Starting small and expanding into a full-blown outbreak, gamers will be tasked with clearing plague zones before a nuke drops on Verdansk.

This will include exfiling from the area, with audio references found suggesting that if you fail, your extraction will be cancelled, and a nuke will be fired against Verdansk.

But while this new mode sounds like a lot of fun, it will also probably mean the end of Call of Duty Warzone as we know it.

Season 2 could be the last to feature Verdansk, with Season 3 featuring new locations and a visual quality more connected with the Black Ops franchise.

It certainly sounds ambitious and would be the perfect way to end the era of Verdansk and refreshing it for something new.

It could also give developers Raven Software the chance to remove some older weapons and make way for new ones.

This remains speculation, but moving to a new map would open all kinds of new options to the team who have had to integrate different Call of Duty games.

WHEN IS THE WARZONE NUKE EVENT?

According to earlier reports, developers Raven Software are planning to blow up the Call of Duty Warzone map as part of a new Nuke Event.

This will happen after a staged mode has been released where players take on a new challenge on Verdansk connected with Black Ops Cold War.

This will happen during Warzone and Cold War Season 2 but has not been officially announced by Activision.

The new Call of Duty Warzone event is expected to happen close to the end of Season 2, which is scheduled to end during April 2021.

April 22 could be the day of the Nuke Event, however, no firm details have been shared on what Activision has planned next.

But if recent reports and rumours prove correct, April will be the month where Verdansk is destroyed, and a new Warzone map is released.

If a big event is being planned for the end of Season 2, gamers can expect plenty of hints to be dropped beforehand.

In the lead up to Warzone’s other big event, Activision produced plenty of clues for gamers to follow.

This included a mini-event staged on the Verdansk map, which lead to the release of a new Cold War trailer.

It should be noted that the current Zombies Outbreak event is scheduled to end on March 11, with Activision confirmed last month:

“Across Warzone and Black Ops Cold War, Operators can do their part to help Verdansk contain the undead and assist Requiem in their research operations in Outbreak, all while receiving rewards for their efforts through this limited-time event.

“Like previous events in Warzone, Operators can complete a set of challenges that will award them with Charms, Stickers, Emblems, Calling Cards, and ultimately, Weapon Blueprints. This challenge list can be found on the event’s hub page between the “Play” and “Weapon” sections of the Warzone menu.

“For the Zombies Outbreak Event, Operators will have two sets of nine objectives to complete: one specific to Warzone and one within the new Outbreak game mode in Black Ops Cold War Zombies. Finishing all nine objectives within a set results in being awarded a Weapon Blueprint.”

So Activision could start dropping more hints about the game’s next planned event following March 11.