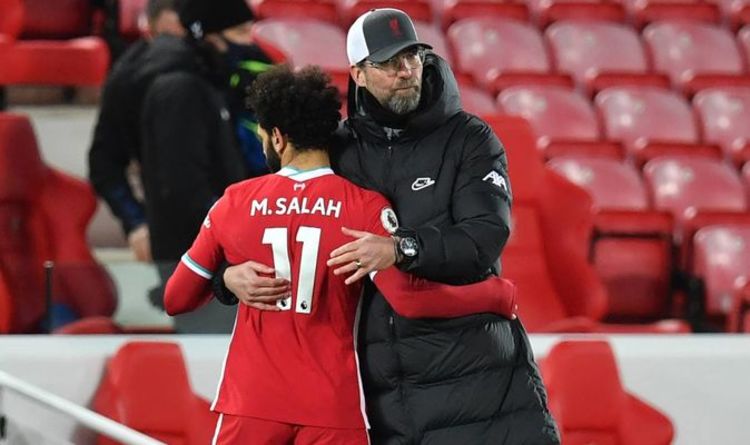 Liverpool boss Jurgen Klopp is confident Mohamed Salah will not leave in the summer transfer window – even if they miss out on Champions League football. The Reds have been shocking this calendar year as their Premier League title defence fell apart.
The Liverpool boss made the assertion in light of their fifth home defeat in a row – a feat has never happened before in the history of the club.

Salah was hauled off after an hour against Chelsea despite the Reds desperately needing a goal.

And the Egypt international was less than pleased with Klopp’s decision, having a tantrum as his agent cryptically tweeted elsewhere.

Speculation has been mounting over the past few months that the former Roma star has his sights set on leaving the club.

Following Thursday night’s incident, those rumours have only increased but Klopp has insisted Liverpool’s top goalscorer is going nowhere.

With Liverpool sitting seventh in the Premier League, missing out on the Champions League is now a very realistic scenario.

But Klopp insisted his players have a deep loyalty to the club.

He said: “That is nothing we have to worry about. It was always like this. I know we have loyalty from the players.

“It is not a situation where a player in the squad says we are not in the Champions League so I have to leave. That will not happen. I know them well enough to know that.”

Salah has not spoken since coming off against Chelsea but Klopp addressed the situation, insisting he was keeping the 28-year-old fresh for future games.

The German said: “I just brought on fresh legs. Mo [Salah] looked like today he suffered a bit, he played a lot of games.

“I could have taken off Sadio or Bobby, that is all clear but at that moment it looked like Mo.

“Milner we bought on to wake them up a bit and keep them in the game because we needed one situation.”

“In that moment he looked like he felt the intensity tonight and I didn’t want to risk it. It is all fine, I make decisions that I think are right in the moment.”