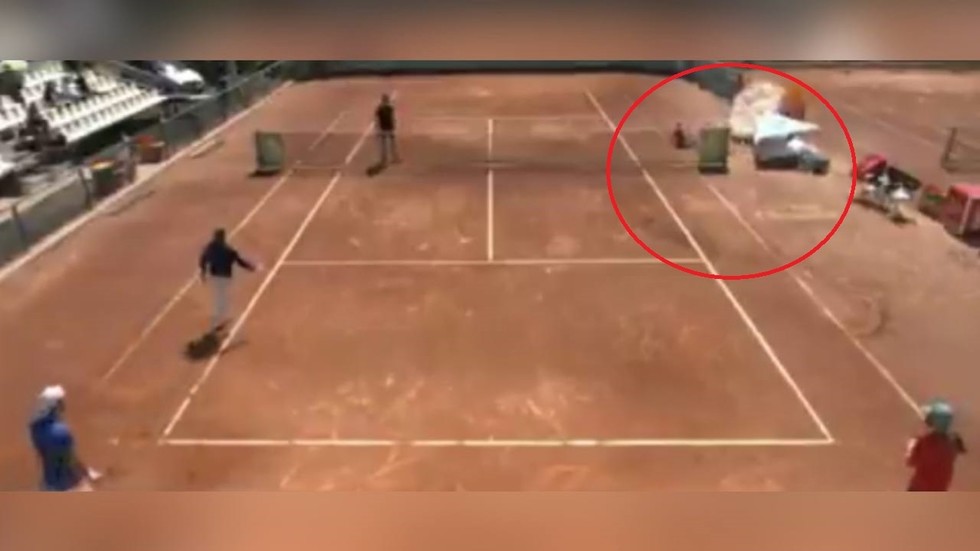 A tennis match in Spain could have ended in tragedy after an umpire’s chair collapsed in the middle of the game, almost crushing a ball girl who managed to dive to dive to safety at the very last moment.

The shocking incident took place on Thursday at the Gran Canaria Challenger in Las Palmas, where Serbia’s Nikola Milojevic was facing local star Eduard Esteve Lobato in a last 16 clash.

During the second set as the umpire left his place to check a mark on the clay court, his chair was blown over by a gust of wind and suddenly collapsed, almost hitting the ball girl standing next to it.

Luckily the youngster quickly reacted and dodged the heavy construction that could have seriously injured her.

Players and officials immediately rushed to help her, with someone heard asking if she was alright following the scary episode.

She was escorted from the court to undergo a further medical check to look for any potential injury she might have sustained.
Also on rt.com ‘She came back to win’: Serena Williams’ coach says tennis superstar won’t retire until she wins a record-equaling Grand Slam
Lobato went on to secure a confident victory over the third seed Milojevic in two straight sets7-6 6-3.

In the quarterfinal, the Spaniard will face off against Italy’s Giulio Zeppieri.