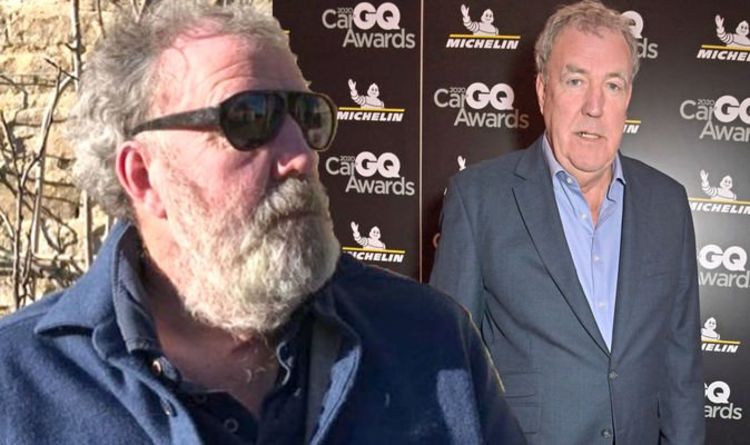 Jeremy Clarkson first unveiled his lenghty facial hair on Instagram one week ago, causing a stir amongst fans. However, the Top Gear star’s beard will now be coming off, and he has a number of reasons for it.
Writing in his latest column, the 60-year-old has listed why he’s not a fan, referencing an unpleasant moment with his farm manager.

The Grand Tour host decided to conduct “research” into the look during the UK’s third national lockdown, which started in January.

The small screen favourite quipped: “Beards have always been for socialists, the mad and the weak.

“But in recent times they’ve become mainstream and even acceptable.”

The hair doesn’t just cover his cheeks and chin, as Jeremy admitted it was now sprouting everywhere.

“I haven’t seen a child since January and I fear that if I encounter one in my current state, it will assume I’m a werewolf and be very frightened,” he said.

Jeremy’s facial recognition on his new phone also no longer works and he is attracting unwanted attention.

He stated on ramblers: “They assume that I am one of them, a Corbyn-heavy socialist.”