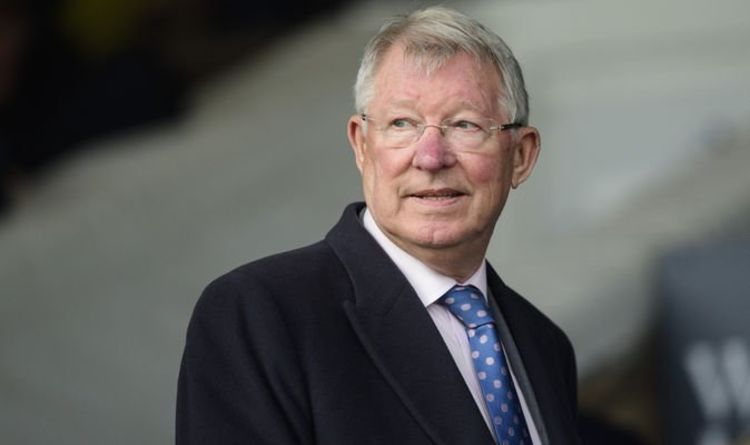 Sir Alex Ferguson has admitted that he feared he may never speak again following his life-threatening brain haemorrhage three years ago. The Manchester United icon had to undergo emergency surgery in May 2018 and spent several days in intensive care after collapsing at home, and was also worried he might lose his memory.
The 79-year-old thankfully recovered and is at full health again but he has detailed the trauma of his health battle in a new documentary which will be released in May.

Amazon’s Sir Alex Ferguson: Never Give In was filmed while the iconic Scot recovered at home and was directed by the former manager’s son Jason, who has looked after his father’s dealings since his retirement from football in 2013.

And Ferguson spoke at length in a Q&A at the Glasgow Film Festival this week to admit that he feared he would lose his voice forever in the traumatic days after his surgery.

The Glaswegian, who reflects on his stand-out life experiences in and out of football in his new documentary, couldn’t speak for over a week and had to work with a speech therapist to recover his voice.

Exercises such as recalling members of his previous Aberdeen and Manchester United squads eventually helped Ferguson get his voice back after 10 days of struggling to do so.

But Ferguson admits throughout that time he thought that he might be rendered unable to speak ever again, and his fears that he might suffer memory loss led to him recalling all of his most treasured memories in his Amazon documentary.

“I lost my voice, just could not get a word out, and that was terrifying – absolutely terrifying,” he reflected.

“And everything was going through my mind: is my memory going to come back? Am I ever going to speak again?”

Ferguson has kept largely private about his health since his bleed on the brain but will uncover the details of his recovery in his behind-the-scenes special.

Looking back at his time as a player and a manager, the film features exclusive and unseen archive footage as well as interviews with friends and family as well as former players such as Eric Cantona and Ryan Giggs.

“In the making of this film I was able to revisit the most important moments of my life, good and bad,” Ferguson said of the documentary last month.

“Having my son Jason direct this film has ensured an honest and intimate account.”

Ferguson spent 26 years in charge of United, arguably the biggest club in world football, and is commonly regarded as the greatest football manager of all time.

He won 38 trophies during his time at Old Trafford having also enjoyed also huge success with Aberdeen in his homeland before his trophy-laden spell in Manchester.

But the most treasured memory of his career, he said, was winning the top-flight title with United for the first time in 1992-93, the first season of the Premier League era.

“God almighty – I couldn’t get out of the car park,” Ferguson declared in the Glasgow Film Festival Q&A. “There were thousands of them… they could have made me president that day.”

That was one of 13 titles Ferguson delivered to see United take over Liverpool for the most league triumphs in England on 20, while he also won two European Cups and five FA Cups.

“My mindset every time I played a game of football was to win – that was the only thing that mattered,” he continued.

The Scot also opened up on the less positive experiences of his 39-year managerial career, which came after a playing career as a forward which was spent entirely in Scotland.

As a player, Ferguson scored 171 goals in 317 league games and enjoyed a two-year stretch with Rangers in the late 1960s as well as stints with St Johnstone, Dunfermline Athletic and Falkirk.

And having been the one to step out on the pitch, he admitted being on the touchline and dash the dreams of players was difficult.

“That is the worst thing, having to let a young player go,” Ferguson said.

“Because all his ambitions and hopes and desires are about playing for Manchester United in front of 75,000 people and going to Wembley in a final – when you take that away from them it’s a sore, sore thing. So I hated that.”

Sir Alex Ferguson: Never Give In will be available to watch in cinemas on May 27 and then on Amazon Prime Video as of May 29.