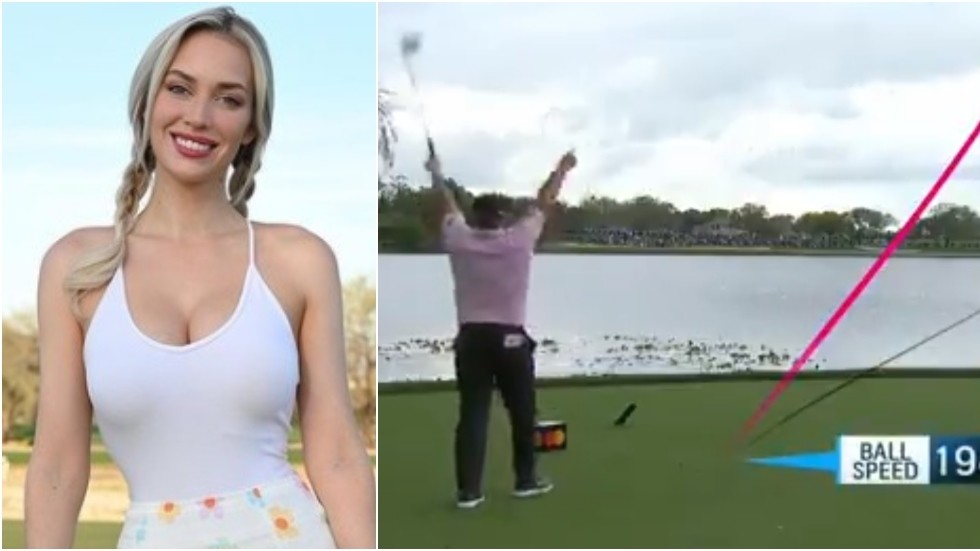 Bryson DeChambeau admitted to ‘feeling like a kid again’ after he stunned the crowd at the Arnold Palmer Invitational with a thunderous 370-yard drive over the water at the Bay Hill Club’s infamous par-5 sixth hole.

DeChambeau’s drive travelled across a wide lake and ended up in the rough 50 yards to the right of the green on the 555 yard hole – with no other player in the field coming close to DeChambeau’s tee shot.

DeChambeau, last year’s US Open winner, completed the hole with a wedge shot from the rough before two-putting on the green for a birdie.

“I felt like a kid again, for sure. It was exciting,” DeChambeau said after he completed the course with a total of 68, just one shot behind pacesetter Lee Westwood, who leads after 54 holes.

“Especially when you pull it off. It was almost like winning a tournament. I got the same chills and feeling when I saw it clear and there was no splash. I gave the fans what they wanted.”

The shot wowed even some of the sport’s most experienced players and social media favorites, with ex-pro turned model Paige Spiranac hailing Dechambeau’s achievement online.

DeChambeau’s power from the tee is of no surprise to those who have followed his recent career. The 27-year-old has spent much of the past 18 months packing on muscle – with some reports saying that he has added as much as 40lbs to his frame in order to give himself an advantage with the driver.

And the hard work in the gym appears to be paying off: he has since emerged as the leading driver on the PGA Tour, averaging 322 yards from the tee last year.

I bet he could make a lot of money hustling people at driving ranges
— His Bardness (@his_bardness) March 6, 2021

For all you haters, this is exciting for golf. Let him bomb away. Its not like he’s going out and winning every week. Everyone wishes they could hit it 340yds on command.

DeChambeau predicted that he would have to carry his drive for around 335 yards in order to be successful with his daring shot – a figure he eclipsed, but he chose to avoid aiming directly for the green because of moderate wind which he feared may have hampered his drive.

He had made a couple of attempts at the same shot at a pro-am event on Wednesday which came up short because of the wind, leading to DeChambeau taking a more conservative approach to the hole in the first two rounds – with fans playfully booing him for his perceived lack of ambition – and he said it was this reaction which led to his ambitious shot on Saturday.

“For the most part that’s a shot that I know I can do and I was able to accomplish that,” he said. “I would have done it without the fans, but the fans definitely egged me on a little bit and it was fun to give them what they wanted.”
Also on rt.com Oh snap! Golf powerhouse Bryson DeChambeau accidentally SNAPS driver on Day 1 of PGA Championship (VIDEO)