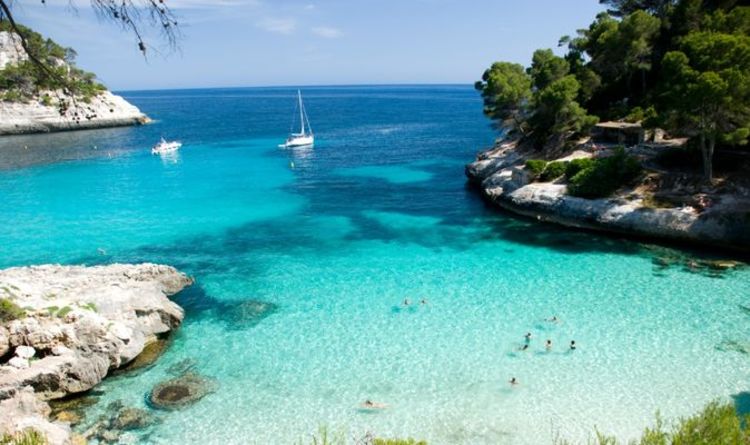 Daniel Pearce, Chief Executive of Travel Trade Gazette, appeared on BBC Breakfast this morning to speak about the latest travel news. He said that some European countries may open their borders to Britons as early as May.
Spain and Portugal are both popular holiday destinations for Britons, attracting an average of 18 million and three million UK visitors annually.

Currently, travel to both nations is illegal due to Britain’s lockdown restrictions.

However, Prime Minister Boris Johnson has already announced that travel restrictions in England will be lifted on May 17.

When this happens, Britons may be allowed to travel to Portugal and some Spanish islands, as well as Cyprus, if they prove that they have received the COVID-19 vaccine.

Daniel Pearce spoke to BBC Breakfast this morning about how “encouraging” it is to see that some destinations may be able to open.

Answering the BBC studio’s questions about how confident he is that people will be able to travel in May, Daniel said: “I think it’s a cautious confidence at the moment.

“We know the country is on track with its vaccination programme and we know the importance of holidays to the UK confidence,” he added.

“The Spanish government has said that it is looking into the possibility of a green corridor between Spain and the UK this summer.”

Daniel also noted that the EU is looking into creating a green pass, which will enable travel between European countries, but he explained that the board of nations is “taking their time on that”.

The travel expert emphasised: “What we’re seeing at the moment is all these destinations discussing their own way forward, and that’s encouraging.”

Bookings for foreign travel has rocketed over the past few weeks, with Britons already looking forward to a potential summer abroad.

Daniels said: “There has been a lot of interest in holidays this summer, but there’s still a long way to go before the travel industry gets back on track.”

Home Secretary Priti Patel has also warned against booking foreign travel too soon as restrictions may change again due to the unpredictability of the coronavirus.

However, with schools in England set to open tomorrow, there has been no delays yet to the UK’s roadmap out of lockdown plans.