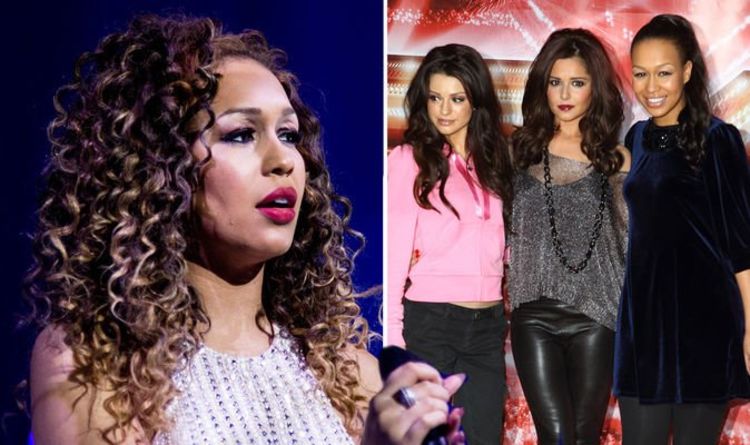 Former X Factor star Rebecca Ferguson, 34, has hit out about the way she claims she had been treated in the music industry after an unearthed video surfaced online tonight. The singer said she was not staying silent anymore as she shared details about treatment she had received, which included being bullied and blackmailed.
The singer began by sharing a video of herself and her fellow X Factor stars Cher Lloyd and Katie Waissel being interviewed by Jeff Brazier.

The trio were mentored by former judge Cheryl on the show in 2010.

In the clip, the group were seen having a laugh as they tried to impersonate the X Factor voiceover.

She captioned the video: “OMG! how sweet and innocent was I, how could anybody be cruel I am looking back and baffled at how I have been treated in this industry. How could you do that to a kid?”

Rebecca said watching back certain videos had reminded her how some people treated her at a young age.

The former X Factor star didn’t disclose any names, but told fans she had been bullied and blackmailed.

In her first tweet, she wrote: “I am not even being silent anymore.

“You forced me to sign contracts, blackmailed me, bullied me, robbed me, I am not even being scared anymore I have looked back and I am disgusted in how you all treated an innocent young woman! Who just wanted to sing! Shame on you!”

She went on to say: “Up until 3 years ago, my music was blocked In the U.S because I offended a music boss!!

But, added: “To an innocent woman who just wanted to sing, I am heartbroken for the younger me who had to go through all of that.”

In view of her 644,000 followers, she concluded: “On a final positive note, I have a great and loving team around me now and I have found happiness which I am really proud of, I overcame and I survived it!

“And I am proud of myself for that and thankful to my fans and the people that supported me throughout. x.”

Express.co.uk has contacted a representative for Rebecca and ITV for comment.

She duetted with Christina Aguilera in the final, but missed out on the win to Matt Cardle.

Despite not winning, she went on to have a successful music career with hits including Nothing’s Real but Love, Backtrack and Glitter and Gold.

Most recently, she duetted with Nile Rodgers for her new music.

Speaking to Express.co.uk in July, she said she believes she had a fair run on the singing show, but believes reality shows could be improved.

“There’s lots of things on these reality shows that could be improved, I’m not going to go into it all as I feel like for the past five years I’ve pretty much covered it.

“I think all reality shows need to be looked at and making sure everyone is treated respectfully and fairly and all that.

“There should be a lot more care for the contestants and their mental health. These kids coming off these shows they don’t have any after care.”’

In light of racism accusations on the show last year, Rebecca added she didn’t experience any racism while on the show herself.