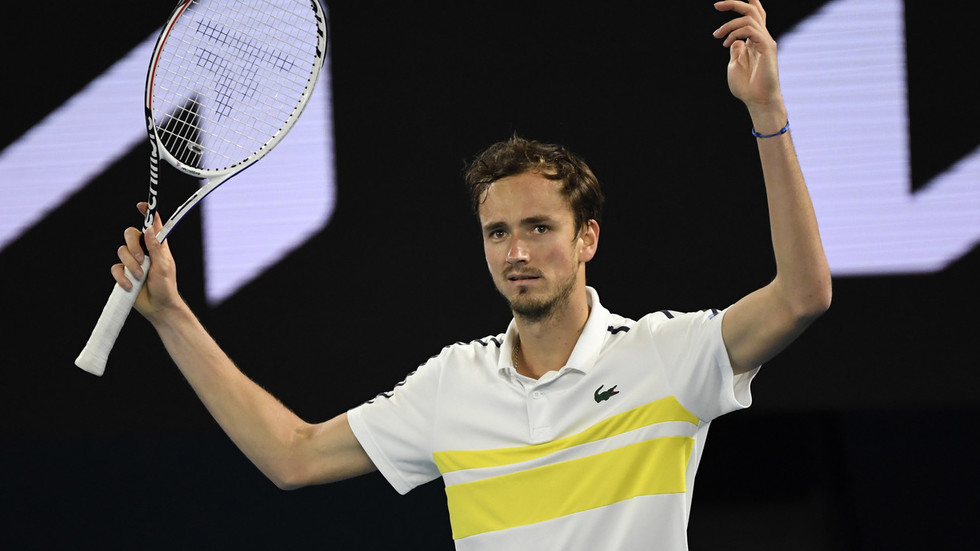 Russian star Daniil Medvedev will become the first new name in more than 15 years to break into the rankings among the world’s top two players when the ATP ratings are updated later this month.

The ATP confirmed on Saturday that Medvedev, 25, would rise one place to number two on March 15.

That means Medvedev will become the first player outside of Novak Djokovic, Rafael Nadal, Roger Federer and Andy Murray to be among the world’s top pair since July of 2005.

Medvedev achieves the feat despite suffering a shock defeat in the first round of the Rotterdam Open earlier this month, when he went out to Serbia’s Dusan Lajovic.

If Medvedev had reached the final in Rotterdam, he would have been guaranteed to overtake Nadal as number two, behind Djokovic.

However, the ATP confirmed on Saturday that the Russian is still now assured of that spot despite his early exit in the Netherlands.

The news came as the draw was made for the Open 13 Provence trophy in Marseille, where top seed Medvedev will play Egor Gerasimov of Belarus in the first round.

Current number two Nadal was forced out of an ATP tournament in Acapulco, Mexico, later this month due to a back injury.

Medvedev has enjoyed some remarkable form in recent months. Prior to his loss to Lajovic, the big Russian had suffered just one other defeat in his past 21 matches – going down to Djokovic in straight sets in the final of the Australian Open in February.
Also on rt.com Rackets and Australian Open dreams broken for Daniil Medvedev as 20-match winning run ends against Novak Djokovic in final (VIDEO)
There was also further joy for Russian tennis on Saturday as world number eight Andrey Rublev beat Greece’s Stefanos Tsitsipas to reach the final in Rotterdam.

Rublev, 23, will meet either Borna Coric of Croatia or Marton Fucsovics of Hungary in Sunday’s final.