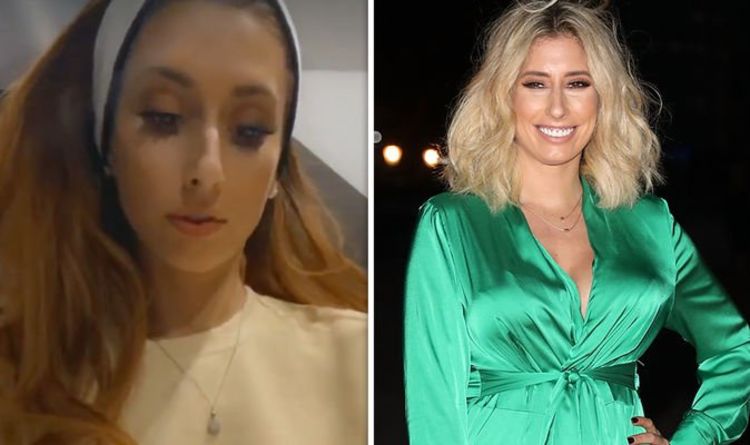 Stacey Solomon, 31, has said she needs to take a few days away from Instagram, after receiving a particularly nasty message from one of her followers. The Loose Women star spotted a nasty remark under one of her photos and screen grabbed it to share with her fans on her Instagram story.
The jibe read: “Horse face,” and also included a vomiting face emoji.

Stacy responded to the troll: “Horses are so beautiful…thank you.

“Looks like you’re not feeling great. Wish you better.”

She also shared dozens of messages from fans who slammed the troll and she added in text over the post: “Honestly, this is why I love this little world so much…because it just proves.

READ MORE:David Attenborough felt EU ‘did not pay attention’ to UK before Brexit

“For every unhappy, mean individual out there, there’s so many more kind, supportive, loving humans to outshine the nastiness.

“What a lovely thought,” she added.

Later on in the day, Stacey prepared to get ready for bed and filmed it for her story.

She said: “Taking this gorgeous horse face to bed.”

“Love you all to the moon and back! ALWAYS!”

“Don’t ever feel less than what you are … perfect,” she finished.

It comes as the star had shared a hilarious post on her Instagram feed alongside her three sons, Zachary, 12, Leighton, eight and Rex, one.

The youngsters instead of posing with Stacey’s new book Tap to Tidy, had instead decided to joke around and pull silly faces for the snap.

Stacey, who is engaged to former EastEnders’ star Joe Swash, typed: “I thought I’d get a special Publication Day picture of all of the boys and this was the best photo I could get.

“But I LOVE it. It’s just them. They were cracking me up trying to take this photo and that’s what I will remember forever.

“I just wanted to come on here to say… THANK YOU. The response and just pure kindness for Tap to Tidy has been the most heartwarming feeling ever.

“I’ve been nervous all day but so excited at the same time. I can’t believe it’s in your homes and out in the wide world!” (sic).