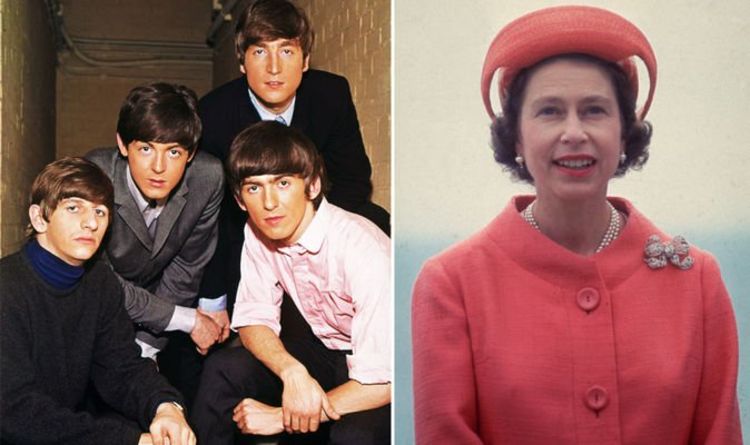 When the Fab Four burst on the scene in the early 1960s they were seen as trailblazing rebels, rewriting the UK music scene and redefining youth culture. Very soon, they also became fashion icons from the hair on their heads all the way down to the shoes on their feet. Queen Elizabeth has always been a style icon in her own way, but it is extraordinary to learn that every single time she steps foot out in public, the 94-year-old still shares a link with The Beatles that stretches right back to the Swinging Sixties.
In the early !960s hey-day, The Beatles’ fans copied two things more than anything – their iconic mop-top haircuts and their slick footwear.

The four lads from Liverpool popularised the Chelsea boot but put their own unique spin on it when they went to legendary shoemakers Anello & Davide on Drury Lane with a special request.

Originally theatrical shoemakers, in the 60s Anello & Davide also handmade shoes for stars like Marilyn Monroe. The Beatles and their fans would have thought they were being the height of fashion for going there.

Except, Her Majesty was already a decade ahead of them at the time.

The dedicated page on the Anello & Davide page for the Beatle Boot says: “The traditional Chelsea Boot was adapted for The Beatles by Anello & Davide in the early 1960’s with the addition of a higher Cuban heel from the Flamenco Boot.

“This boot became synonymous with The Beatles and many other rock bands of the 60’s era. During the 60’s, customers queued outside Anello & Davide’s shop waiting to get fitted for their very own Beatle boot.”

Demand was so high that the shop only released new stock every Saturday morning when the lines of fans stretched down the street.

To this day, you can buy your own Beatle Boots, customised to your own tastes, but the exclusive service is available by appointment only.

Although the Queen always chooses bold colours for hats, dresses and coats so that she can be easily seen in a crowd, her footwear is much more practical.

The classic low-heeled black patent Anello & Davide shoe (often with a buckle) she wears with almost every outfit during the day is taken from her personal design dating back seven decades.

The workshop has all Her Majesty’s patterns and measurements and each pair costs around £1,000. However, an Anello & Davide shoemaker once explained how the frugal monarch gets her money’s worth from them.

David Hyatt said: “We supply one or two pairs a year and occasionally renew the tops and re-heel them. The Queen doesn’t waste money. She’s no Imelda Marcos.”

The shoes are made by a small team on a wooden model of the Queen’s foot known as a ‘last’ at the workshop, with a final fitting at the palace.

The process includes a pattern cutter, a clicker who selects the finest calf leather, a closer who sews the upper part of the shoe and adds stiffeners, and a maker, who adds the sole and heel.

But even after they are finished, they don’t go onto the royal feet straight away.

When the shoes arrive, a member of the Queen’s staff who is also a size 4 will wear them in for a few days – but only on the carpets.

The Queen is reported to have around ten pairs of Anello & Davide shoes on the go at any one time – includes pairs in plain black leather, black patent, white leather and beige leather. There are also three designs of evening shoe in satin, silver and gold to go with any formal gowns.

Her connection with the shoemaker continues a royal tradition stretching back to Queen Mary.

In 1935 Queen Mary awarded a royal warrant to Rayne and Queen Elizabeth the Queen Mother. followed suit. Most notably, The Queen, Princess Margaret and Princess Anne all got married in Rayne cream silk heels.

When the company went out of business, the current Queen Elizabeth was so upset her staff tracked down Rayne shoemaker David Wyatt  – along with Her Majesty’s shoe patterns and lasts – who had moved to Anello & Davide. And so the royal tradition, like so many others, continues to this day.