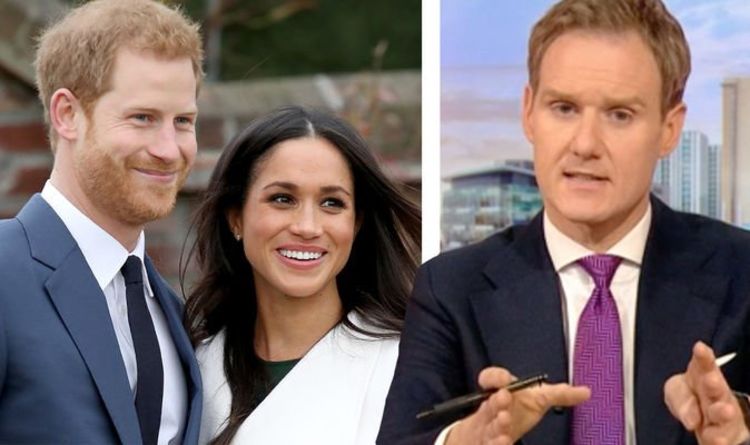 Ahead of this morning, Dan Walker, 43, prepared himself for a busy day covering the top news topics, ranging from the latest on the coronavirus pandemic to the highly-anticipated Meghan and Harry interview with Oprah Winfrey, which aired over-night in the US. Fully aware of the negative responses the show will get, Dan sent out a warning the night before to viewers, telling them “not to shout at them” for covering such a talked about event.
Taking to Twitter, he shared the official BBC Breakfast account’s post teasing what’s in store for this morning.

“Here’s a plan… if you’re not interested in #HarryandMeghanonOprah that’s fine… but don’t shout at us for covering it. See you in the morning.”

It didn’t take long before he was hit with criticism from disgruntled viewers who believed it wasn’t “newsworthy” when there are bigger things going on in the world.

Piers has been very open about his distain for the Duke and Duchess of Sussex, and recently responded to an emotional statement from Suits actor Patrick J Adams, who played Meghan’s on-screen husband in the legal drama.

He came to her defence in a Twitter statement praising her over her navigation of a what he perceives as an “archaic and toxic” family dynamic.

“From day one she was an enthusiastic, kind, cooperative, giving, joyful and supportive member of our television family,” he wrote.

He continued: “She fell in love, moved to a new country, became a household name across the entire globe and began the difficult work of trying to find her place in a family dynamic that can at best be described as complicated and at worst, seemingly archaic and toxic.”

But the Good Morning Britain star responded to his series of tweets where he defended their joint interview with Oprah, saying: “Actually, what’s ‘OBSCENE’ is your friend trashing her husband’s family on global TV as the Queen’s 99-year-old husband lies in hospital.