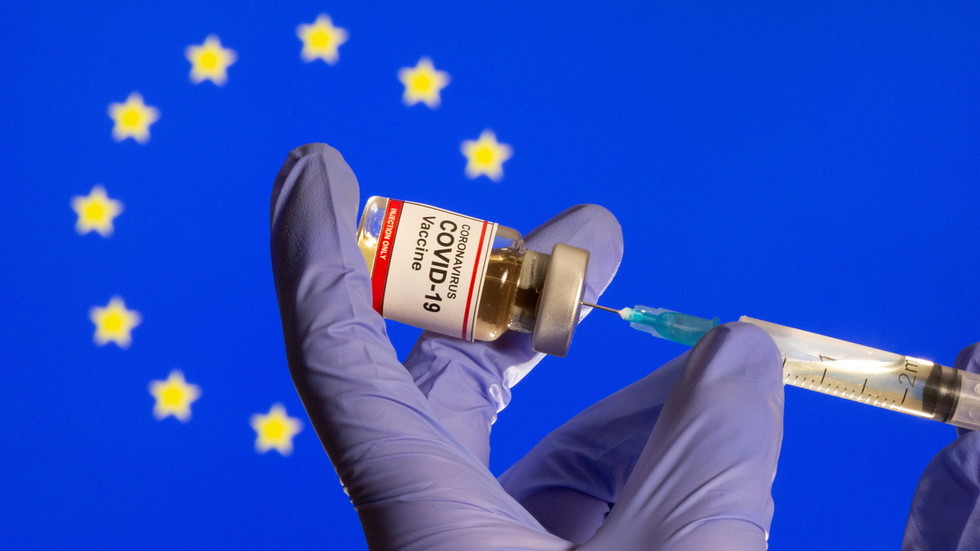 The European economy reportedly risks losing tens of billions of euro, as the slack pace of its anti-Covid inoculation program causes serious concern among investors over potential growth and poor progress in business re-openings.

Distribution of vaccines across the European Union has been severely hampered by political divisions, supply disruptions, bureaucratic delays, an by plain public distrust. The single-currency bloc has administered eight doses per 100 people, compared to 33 shots for Britain and 25 for the US, Bloomberg’s Coronavirus Vaccine Tracker shows.
Also on rt.com Anti-Russia sanctions harm European economy’s global competitiveness, German entrepreneur tells RT
The protraction inevitably holds back business resumption – services and tourism in most member states remain largely closed due to quarantine measures. According to the latest estimates by Bloomberg Economics, a delay of another month or two may cost the economy of the region between 50 billion and 100 billion euro in lost output.

In recent weeks, European investment funds have recorded major capital outflows. Meanwhile, Bank of America and BlackRock Investment issued warnings over the growing number of Covid-19 cases in Europe, which reportedly could disrupt the long-term strategies of investors.

“The Europeans desperately need to accelerate the pace of their vaccine rollout if they want to get a handle on the virus. Bureaucracy and confused messaging from governments has weighed on the process,” Seema Shah, the London-based chief strategist at the $ 544-billion-managing Principal Global Investors, told media.
Also on rt.com No mercy to pandemic-hit states as ECB chief says canceling Covid debts ‘unthinkable’
Under the plan put forward by the European Commission, all 27 nations of the bloc would receive about a third of the estimated number of doses – 106 million – in the first quarter of the current year.

Brussels expects to immunize about 75 percent of the adult population by the end of summer. However, such a plan may jeopardize a second tourism season in a row.