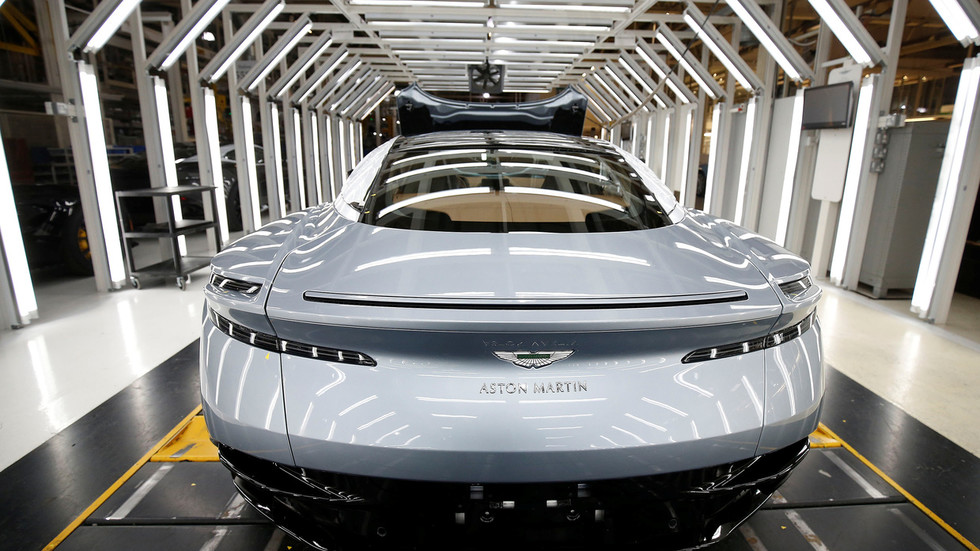 Aston Martin has vowed to build its electric cars in the UK from 2025, Executive Chairman Lawrence Stroll has revealed. The pledge comes in response to the British government’s push to abandon petrol and diesel vehicles.

Stroll promised in an interview with the Financial Times that its battery sports cars and sport utility vehicles would be produced at plants in England and Wales, respectively. The Canadian billionaire took up his role at the company last year, when he acquired an over 20 percent holding.
Also on rt.com New petrol and diesel cars will be available for purchase in UK for just another 10 years – reports
The statement comes as the UK pushes ahead with its plan to ban sales of petrol and diesel cars, with the measure scheduled to come into force by 2030. However, Stroll signaled that Aston Martin would not be entirely stopping production of vehicles with a traditional engine, but would make them available for car enthusiasts outside the UK.

Aston Martin has until recently appeared to be more focused on hybridization rather than battery-electric cars. The production of its first electric model, the Rapide E, which officially debuted at the 2019 Auto Shanghai, was reportedly indefinitely suspended earlier this year. However, in an earlier interview with Bloomberg, Stroll said the company plans to introduce an electric sports car and a SUV by 2025.