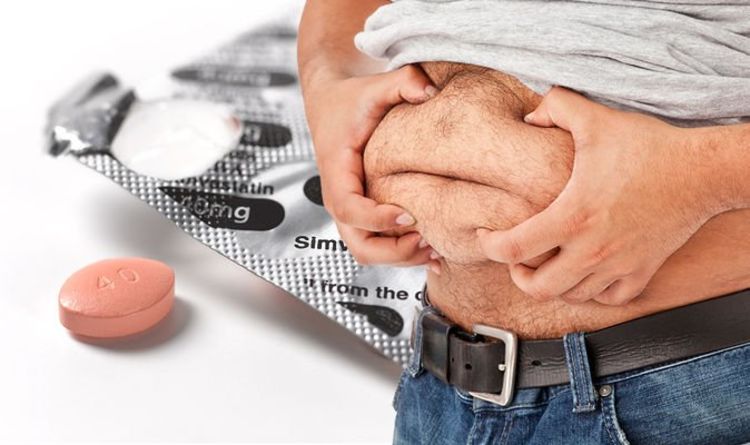 Statins are a group of medicines that can help lower the level of low-density lipoprotein (LDL) cholesterol in the blood. LDL cholesterol sticks to the inside of your artery walls – a mechanism that can raise your risk of heart disease. The effects of taking statins are not entirely positive, however.
The findings suggest that, when people observe a reduction in their cholesterol levels, they neglect their dietary habits.

The study of almost 28,000 adults in the US found that over a ten-year period those taking statins had an unhealthier diet and more weight gain.

Their calorie intake was 10 per cent higher in 2010 than in 2000 and fat consumption went up 14.4 per cent, while it stayed the same for non-statin users.

The body mass index (BMI) – a measure of a person’s weight against their height – increased 1.3 among statin users, three times as much as the gain of 0.4 among non-statin users.

Lead researcher Dr Takehiro Sugiyama, of the Graduate School of Medicine at Tokyo University, said it was vital that statin users were told it remained important to eat a healthy diet.

The goal of statin treatment should be to cut health risks for patients that require drugs, he said, “not to empower them to put butter on their steaks”.

In accompanying editorial, Dr Rita Redberg said: “Besides the risk of muscle aches, diabetes, and cognitive dysfunction, I have observed over the years that for many patients, statins provide a false reassurance, as people seem to believe that statins can compensate for poor dietary choices and a sedentary life.”

A review of scientific studies into the effectiveness of statins found around one in every 50 people who take the medicine for five years will avoid a serious event, such as a heart attack or stroke, as a result.

The side effects that may accompany statin use will be determined by the type of statin one is.

There are five types of statin available on prescription in the UK.