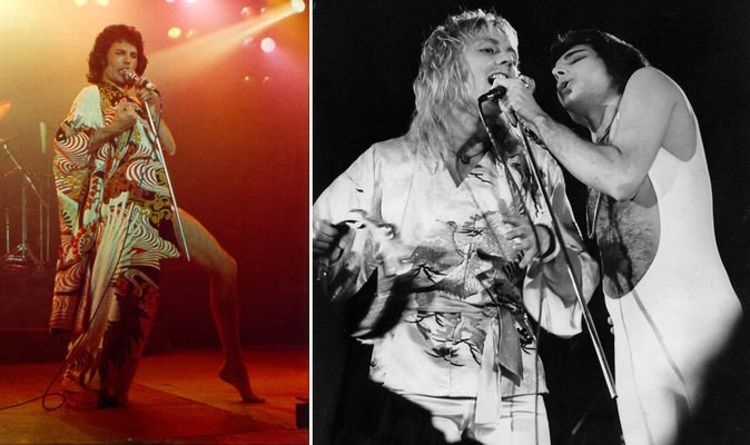 This year marks 30 years since Queen singer Freddie Mercury died, but his incredible legacy lives on into the 21st century. The band continues today as Brian May and Roger Taylor with singer Adam Lambert, who regularly talk of Freddie publicly and post tributes to him on social media. Now the Queen drummer has shared a throwback party snap with his pal Freddie.
Roger simply shared a black and white photo without a description with him and Freddie posing.

The Queen singer has short hair and his famous moustache while holding a glass of wine, dressed in a T-shirt.

Taylor sits next to him holding one too while wearing a leather jacket and tie.

Fans took to the comments with emotional responses to the touching snap.

It turns out Roger first thought Freddie’s singing was “pure shock” when they first performed with him at Truro City Hall as proto-Queen band Smile.

The 71-year-old admitted: “And he wasn’t as good then as he became, he became an awful lot better.

This year is the 50th anniversary of Queen’s final line-up, marking when John Deacon joined the band as bassist in 1971.

When Express.co.uk spoke with Brian May last year he admitted that he and Roger simply want to celebrate that they’re still going.

The 73-year-old said: “We want to celebrate being alive and being live. That would be the greatest thing to celebrate.

“I don’t really care how long it’s been, to be honest. I’m just grateful that we’re here.”

Perhaps Queen: Alive and Live would be a good 50th-anniversary logo then?