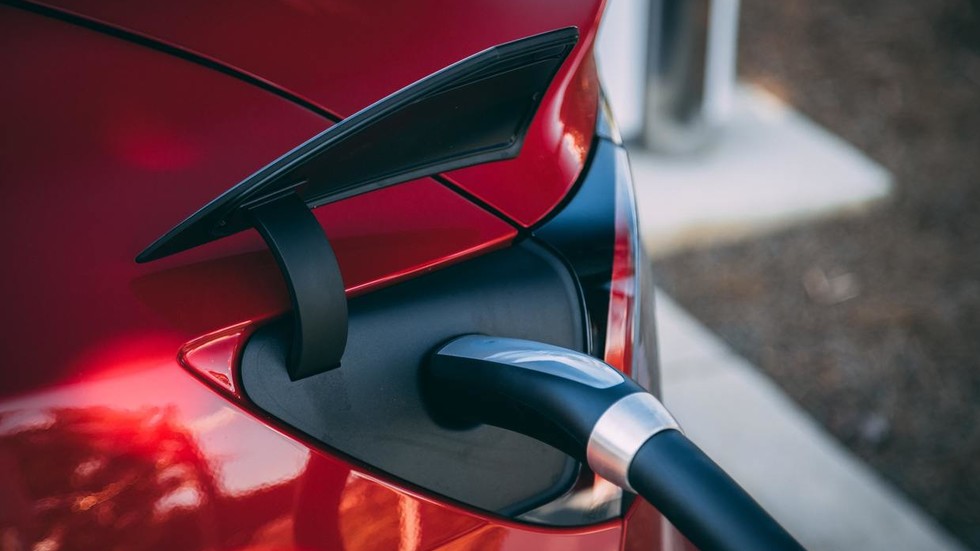 If there has ever been a misleading headline, it has to be the one above, at least according to European carmakers. Hydrogen cars, they say, are not a viable alternative to battery electric vehicles.

And that is despite billions of dollars that their own governments are pouring into hydrogen.

“You won’t see any hydrogen usage in cars,” Volkswagen’s chief executive Herbert Diess told the Financial Times recently. “Not even in 10 years because the physics behind it are so unreasonable.”

In this, Diess appears to share the opinion of the man he sees as a major competitor: Elon Musk, who said a few years ago hydrogen cars were “incredibly dumb.” Hydrogen as a fuel and as an energy storage vehicle has been gaining increasing popularity in the past couple of years, but somehow hydrogen cars have failed to take off in any way comparable to EVs.
Also on rt.com Toyota says electric vehicles are overhyped
That’s because of two things. First, hydrogen fuel cell technology is expensive, and it has not been able to accomplish the major cost cuts that EV technology—specifically battery technology—has recorded in the most recent past, making some EVs quite affordable. Second, major investments have yet to be made in the construction of hydrogen fueling stations. For that, carmakers need to send more hydrogen cars.

Fast charging—or fueling—is perhaps the main advantage of hydrogen cars over EVs, along with the absent risk of battery combustion. Range anxiety is strictly an EV phenomenon. But hydrogen cars still need fuel, and this fuel happens to be highly flammable. Sometimes this causes fires at fueling stations.

Some carmakers do have hydrogen car programs, among them Toyota, with its Mirai, which was the first mass-produced hydrogen car in the world. Hyundai also has a hydrogen model, the Nexos, and even a European carmaker, BMW, plans to launch a hydrogen car next year. Does this mean the hydrogen cars are coming, whatever Diess and Musk think? Not yet.
Also on rt.com Move over, Musk! Volkswagen & Toyota revved up to challenge Tesla’s electric car market dominance
The Financial Times report notes how major European carmakers all toyed with fuel cell technology before quietly giving up, including Diess’ Volkswagen and even Mercedes, which, according to the report, spent decades trying to make hydrogen technology work for it.

Yet fuel cell technology could become viable in the future, at least according to Renault’s head of alternative fuels. Philippe Prevel told the FT that while regular passenger cars using fuel cell technology are unlikely to become economically viable over the next ten years, some vehicles on closed networks or fixed routes could make it before that, likely because it is easier to set up fueling stations at the two ends of a fixed route.

Indeed, fueling station infrastructure seems to be the biggest obstacle, and not just in Europe. It is a problem in the United States as well, in its only hydrogen car market – California.

“We are an early market and these cars are not cheap for lease or sale,” Keith Malone from the California Fuel Cell Partnership told ABC News last December. “Most stations are concentrated in urban areas in California. But we’ve seen a lot of progress. The real challenge is rolling out the fueling network. But the vehicles are here. They’re good, people love them.”

It appears to be a vicious circle: in order to buy a fuel cell car, a driver will need to know there will be enough fueling stations. But to build fueling stations, companies need to know there will be enough drivers using them. And for now, there aren’t, at least in Europe and the US.
Also on rt.com China to fast-track adoption of hydrogen cars
Perhaps the sentiment that VW’s Diess and Tesla’s Musk share is nothing but a case of sour grapes. After all, VW has already poured billions in EV production and will hardly like to see competition from a different technology that lacks EV’s main problems. Tesla has also bet entirely on EVs, so alternatives would hardly be a cause for joy.

China, however, is betting on these alternatives along with EVs. Last year, Beijing said it will direct a package of policies towards improving the hydrogen car production supply chain and advancing relevant technologies in a bid to make hydrogen cars more popular in the country. Plans are to have a million hydrogen cars on Chinese roads by 2030. And if China does something, it might pay to watch it closely.