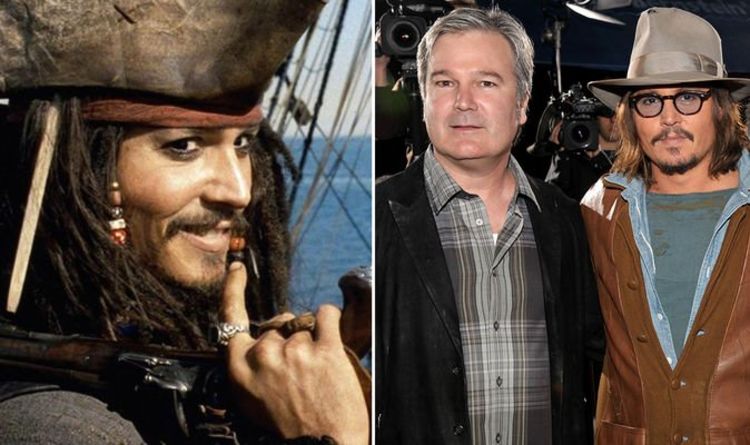 To date, there have been five Pirates of the Caribbean movies, with the original trilogy being directed by Gore Verbinski. Now the 56-year-old has opened up on the intense filmmaking journey which began with big doubts surrounding first movie The Curse of the Black Pearl and Johnny Depp’s Oscar-nominated performance as Jack Sparrow. While the original’s success led to the director living in “survival mode”, as he raced to meet the back-to-back sequels’ release dates even before the scripts had been written.
Speaking with Collider, Gore said: “I would say that Pirates 1 had an energy to it, which was essentially, ‘You’re crazy’.

“I remember pitching it to [Hans] Zimmer and he said, ‘You’re mad! You’re making a pirate movie? Nobody’s going to see a pirate movie.’”

The reactions were unsurprising given that the last big pirates genre movie Cutthroat Island was the biggest box-office bomb of all time and saw Carolco Pictures close down.

The Pirates of the Caribbean director said of helming The Curse of the Black Pearl: “It was resoundingly, ‘That’s the worst idea ever.’ And there was something exciting about that.”

Gore continued: “It was so doomed to fail. You’re setting out to go make a genre that literally doesn’t work, or there’s so much historical proof that it will not work.”

“It’s convoluted — they’re returning the treasure, wait they’ve taken the treasure back, they’re cursed? Everything about that had a spirit of madness to it.”

The Pirates director shared: “I was 30 pounds overweight. Literally, there’s no sleep. Zero.

“It was pure survival mode by the time we got to the third one.”

Gore didn’t return to helm the fourth and fifth films which made over $ 1 billion and $ 794 million respectively.

Interestingly, the Pirates of the Caribbean trilogy director hasn’t seen On Stranger Tides or Dead Men Tell No Tales (aka Salazar’s Revenge in the UK).

Gore said: “I haven’t gotten around to it, to be honest with you. I have not felt any drive.

“I suppose if they were on TV and I saw one, I would watch it, but I’m very busy working on what’s in front of me… I’m sure I will at some point.”

A sixth Pirates film, a spin-off starring Margot Robbie, is currently in the works at Disney, although Depp is currently not expected to return as Captain Jack.