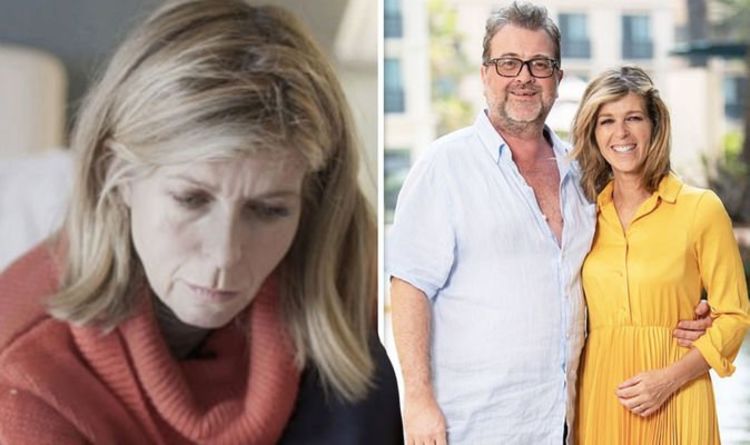 Kate Garraway, 53, has opened up about her concerns about her husband Derek Draper amid his health battle. The dad-of-two was rushed to hospital with coronavirus almost a year ago and although he no longer has the virus, it has left him with serious health conditions including diabetes and holes in his heart and lungs.
Comparing his current state to something from a “horror story”, the Good Morning Britain presenter revealed she is uncertain about whether Derek will have “any kind of life again”.

She said in a heartbreaking update: “The very worst moment was when they said he could be locked in forever.

“And I just thought, this is a horror story. I don’t know if he’ll ever have any kind of life again. We just don’t know.”

Derek’s heart has stopped beating more than once and he also battled bacterial pneumonia and fought multiple infections which created holes in his lungs.

Kate’s other half is considered to be the longest surviving COVID-19 patient in the country.

The journalist, who shares children Darcey, 15, and William, 11, with Derek, admitted his condition is “shocking” to witness following his eight stone weight loss in hospital.

Kate added in her candid interview with The Times that on one occasion, she was actually told Derek “may have died” and somebody would “call her back”.

She said that for 24 hours, she tried desperately to get through on the phone, but to no avail.

“I said, ‘OK, what does a reasonable recovery look like?” And they said, ‘Being able to hold a hairbrush.’”

Previously, the star opened up on how she had to spend Christmas apart from Derek due to coronavirus restrictions.

She said while hosting GMB: “I haven’t been able to see him since Christmas, we’re back into a situation of looking at strangers in masks.

“That’s the situation for everybody at the moment. It’s tough. When you’re someone like him, dealing with a consciousness problem and trying to emerge, I can’t help but fear it’s not helpful.

“There’s no end in sight to that. There’s no one to blame or be angry with. It’s tough.”

A documentary following Kate and her family’s struggle over the past year is set to air on ITV this month.

Finding Derek will air on March 23, and will show Kate giving an “unflinching account” on her experiences.

In the special one-off film, Kate will give viewers an “intimate insight” into coping with the impact of COVID-19 on her family.

She is also set to meet survivors of the disease in the programme.