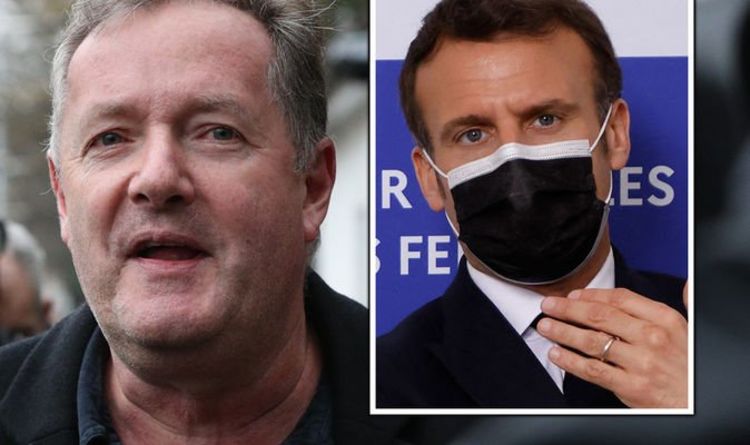 Piers Morgan, 55,  has slammed the “ridiculous EU panic” that has ensued after “some” coronavirus vaccination patients had reported side effects including blood clots. The former Good Morning Britain presenter added this latest development could only be a positive for the UK, as it meant there would now be a greater surplus of product for Britons.
In view of his 7.8 million followers, Piers re-tweeted a post from PA media, that read: “Germany, France and Italy have suspended use of the Oxford/AstraZeneca coronavirus vaccine as a precautionary measure amid reports that some people developed blood clots after receiving the shot.”

Alongside the latest development from the news agency, the TV personality added: “Great, more for us. There’s no evidence to support this ridiculous EU panic.

“Boris Johnson should tell AstraZeneca we’ll take all their unwanted vaccines for Britain,” he added.

Underneath his loyal fans shared their opinion on the vaccine and its effectiveness.

Piers’ statement comes as three countries in the EU suspended using the Oxford/AstraZeneca vaccine as a precautionary measure today.

French President Emmanuel Macron told a news conference this afternoon, that authorities in the country have decided to suspend jabs at least until Tuesday afternoon.

The European Medicines Agency will then issue its recommendation over how to proceed using the vaccine.

Macron hopes France will be able to vaccinate again with AstraZeneca shots “soon”.

AstraZeneca and global health authorities have insisted the vaccine is safe for use.

Health Minister Jens Spahn revealed the decision to suspend the vaccine in Germany came on advice from national vaccine regulator, the Paul Ehrlich Institute, who had called for an investigation into seven reported cases of clots in people who had received their jab.

Meanwhile, Italy’s medicines regulator announced a temporary ban and said the decision “was taken in line with similar measures adopted by other European countries”.

They added: “Further looking into the matter is currently underway”.

Their announcement came a day after someone had died shortly after receiving the vaccine.

A 57-year-old clarinet teacher, who received the vaccine on Saturday evening, as part of a national rollout for teachers, died at home early on Sunday morning.

Post-mortem examinations have been ordered for that death, as well as to a handful of other deaths last week of others in Italy who had received the vaccine.

Other countries have also halted using the vaccination after side effects had been reported, starting with Denmark last week.