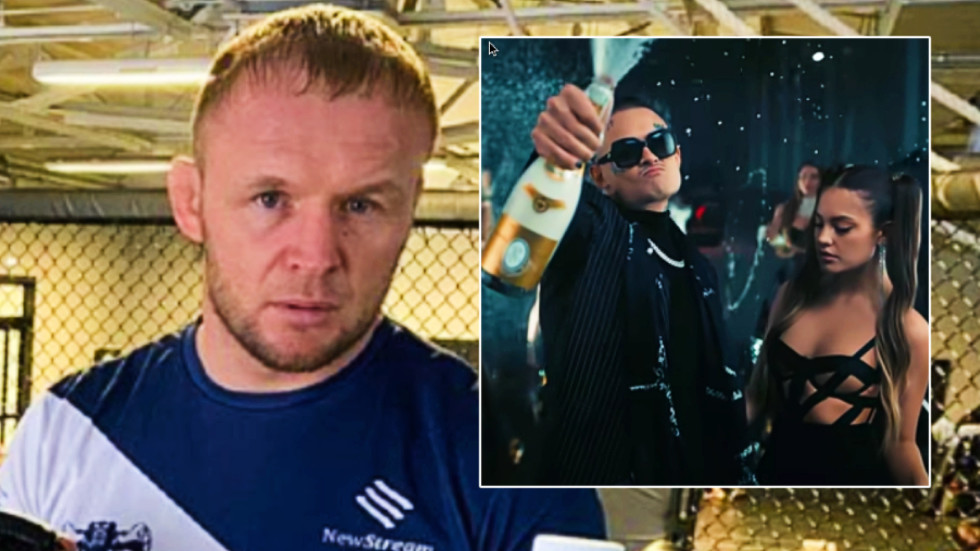 Russian MMA fighter Alexander Shlemenko has said he fears that racey music videos risk leading people towards drug addiction, adding that he does not support censorship but wants Russia to reject the stage imagery of Morgenshtern.

Ex-Bellator MMA champion Shlemenko has been left appalled by the provocative Russian rapper’s music, which includes videos of the hugely popular pop star cavorting with champagne-toting models, flashing wads of cash in front of flashy cars and indulging in various acts of decadence and debauchery.

In an echo of the misgivings voiced by high-profile fighters such as Khabib Nurmagomedov about performers failing to act as positive role models, Shlemenko warned that the drug deaths he had seen in the 1990s were a result of the kind of lifestyle he perceived Morgenshtern as promoting, and said that crude behavior was a high price to pay for ample personal freedom.

“It’s just that modern society is loaded with problems that it creates for itself,” Shlemenko told Sport24, when asked if censorship should be enforced.

“We were given so-called ‘freedom’ of speech and everything else – and what is it? In drinking, smoking, using drugs, listening to all sorts of nonsense and raising children to be depraved, so that they become prostitutes – is this freedom, or what?

“The propaganda of drugs is carried out stealthily, through songs…so that a person can say: ‘This is my stage image.’

“Personally, I would reason very simply: if his stage image is contrary to our traditions and leads to people becoming drug addicts, then why do we need this character?”

Shlemenko said that he spoke for an increasingly large number of people keen to protect “values”, describing the attitude shown towards women in Morgenshtern’s music as “horrible”.

He added that his own children, who are aged between three and seven, listen to folk singer-songwriter Nikolai Emelin and take inspiration from lyrics about “defeating the enemy” and Russia rising to become “stronger”.

“These songs educate people who love their homeland…and want their Russia to prosper and live well,” he explained.

A 23-year-old sensation with millions of fans, influential Morgenshtern’s success saw him named as one of the People of the Year by GQ Russia in 2020.

His latest video, ‘Cristal & Moet’, has earned more than 60 million YouTube views since premiering on the platform less than three months ago.

The video appears to reference his depictions in the media at its opening, before swiftly moving on to show scantily-clad models pouring champagne over themselves next to luxury cars.

Writing after the announcement from GQ, Morgenshtern told his fans: “I’m a dollar millionaire. I have a fleet of luxury cars for every occasion.

“The world’s largest companies want [me]. My half an hour plus at the next corporation costs three million. My family is proud of me. I do not deny myself anything.

“I have a restaurant in the center of Moscow. collaborations with some of the biggest names in the industry. Any woman will be mine if I want to, and everyone I f***ed is bragging about it.

“Everyone around wants a f*****g photo, and some want to just touch me. I broke all possible records and became the most popular person in Russia and the CIS in just one year. Am I happy? Well, actually, yes.”