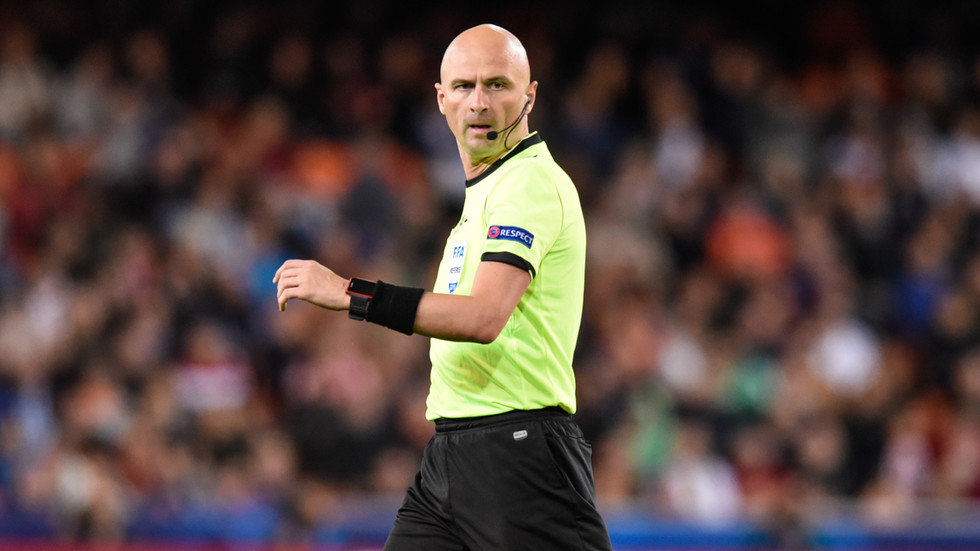 UEFA will not impose any sanctions on a team of officials, led by Russian referee Sergey Karasev, who decided not to kneel in support of the Black Lives Matter campaign before Tuesday’s Champions League game at Manchester City.

All of the players from both squads took the knee at the Etihad Stadium, where the English Premier League leaders and German side Borussia Monchengladbach met in the second leg of the round of 16 tie.

Karasev and his assistants Igor Demeshko and Maxim Gavrilin, as well as fourth official Aleksey Kulbakov, of Belarus, did not join the contentious call to action, sparking some viewers to insist that the trio should be punished by UEFA.

The governing body rejected the calls to penalize the officials, stressing that participation in the pre-match ritual is voluntary.

England 16.03.2021A team of referees from Russia led by Sergey Karasev they did not kneel before the Champions League match between Manchester City and Borussia Mönchengladbach pic.twitter.com/91PCpOszga

Of course the Russian referee doesn’t take the knee…😬

“Players, coaches and match officials decide for themselves whether they want to kneel or not,” UEFA said.

Almost all teams and players in England have knelt in support of the initiative this season, although there have been high-profile incidents of rows breaking out when squads and individuals have opted out.

Most recently, Crystal Palace talisman Wilfried Zaha declared he would no longer be kneeling because he felt the gesture was an act of empty symbolism that was failing to have any impact.

How dares the Russian referee not respect the ineffably moral laws of wokeistan. Beat him up and cancel please

The kneeling action is linked to the Black Lives Matter movement, which is aimed at fighting racism.

“Of course the Russian referee doesn’t take the knee,” a City fan wrote on Twitter in an apparent sarcastic dig at the officials’ nationality.

“How dare the Russian referee not respect the ineffably moral laws of wokeistan,” replied another viewer, seeming to use the same form of wit. “Beat him up and cancel him, please.”

in Russia, we have never had oppression against blacks in our entire history. Why should the Russians repent?

Everyone is free to do what he considers necessary and right, and not what society, which has its own opinion, imposes on him!This is freedom and tolerance, not what BLM is “fighting for”.

Another said: “Everyone is free to do what they consider necessary and right, and not what society imposes on them.

“This is freedom and tolerance, not what BLM is ‘fighting for’.”

City won 2-0 to progress to the quarterfinals with a 4-0 aggregate victory.

Also on rt.com ‘Respect to him’: Crystal Palace ace Zaha becomes first Premier League star NOT to take a knee after describing it as ‘degrading’