Review: A-Train: All Aboard! Tourism – Switch Tracks With This...

Choo! Choooo! All aboard! Land ahoy! Now, we’re not train experts but we know a good game when we see one – and A-Train: All Aboard! Tourism signals (pun intended) the first-class return (intended again) of a unique management sim on the Switch (again) platform (yep). Coupling (that’s five) railway construction with business management, the A-Train series is relatively underground (six) outside Japan, where it’s been picking up steam (seven) since first crossing the cathode ray tube (eight) in the 1985 Famicom original. For some, this latest arrival (ahem) will be another addictive sim to mainline (sorry); others, though, will be running bored (yikes). (Note: the subsequent 33 train puns in this review will, mercifully, not be demarcated in the text.)

A-Ressha de Ikou – “Let’s take the A-Train” – has seen so many releases over its 36-year history it’s hard to keep track (ok, maybe just one last one). Eventually arriving on platforms from Famicom to FM Towns to Xbox 360 and 3DS, its first great Western release was on PC in 1992. While on the surface A-Train: All Aboard! Tourism may appear to be a primarily construction-driven sim akin to Transport Tycoon, it provides a very Japanese take, where railway management involves getting your fingers into a veritable buffet car of pies, from real estate down to concessions stand retail. 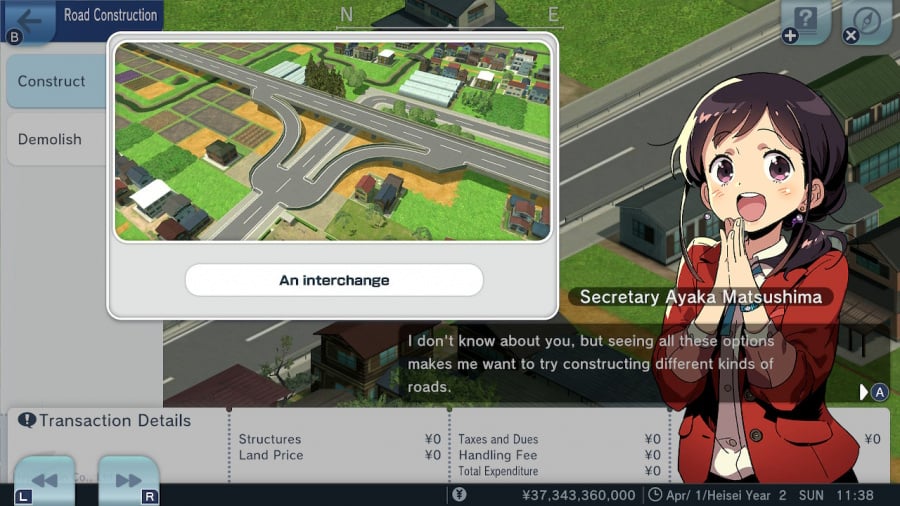 There’s a reason for that: when the UK privatised its national rail in the 1980s, it separated the service provision of the lines from the rolling stock, so different companies own the different parts. In Japan, the approach was to take vertical slices, so JR East, for example, owns all the land, stations, track and trains associated with the services it delivers in Tokyo. Again, we’re not train experts so we couldn’t say which approach is better but, in Tokyo, you will need to collect an evidence slip if you expect your boss to believe that your train was 10 minutes late following an earthquake. In Britain, “leaves on the line” is a traditional reason for total cancellation. We’ll let you decide which is best.

Hence a railway management sim in Japan is about managing a huge conglomerate with close ties to government, where the various moving parts need to be made to synergise for maximum profit. For instance, your revenue from transport itself will be somewhat limited but, by investing in land, constructing a station, laying lines and running a service, you can boost the population of an area, causing the land value to rocket, along with the value of your investments. You can then sell your land for a profit, or realise the value of it by installing your own retail operations – the new emphasis in Tourism being on tourist attractions. 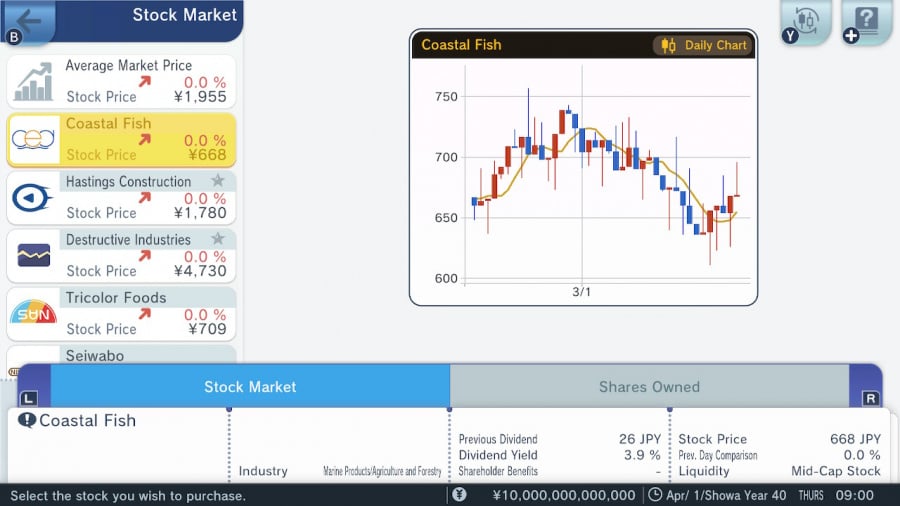 The game is structured around scenarios set in fictional Japanese locales between 1955 and 2025, with the buildings, infrastructure and technology changing through the years. In the early scenarios, you will depend heavily on the cast of anime-style colleagues who provide guidance as well as flavour (albeit through some pretty egregious stereotypes). They set out goals such as target revenue, number of tourists or population growth. On meeting a scenario’s goals, you can move on to the next, or just keep playing an open-ended game with what you’ve built.

Since your objectives are not always about money, your success is connected to the prosperity of the region and plays out in dialogue with chirpy local government representatives. You need to serve residents from all stations in life – even those from the wrong side of the tracks – and won’t succeed by simply siding with the better-located suburbs. There’s a gentle sense of symbiosis with your host city, and a respect for harmony, oneness and caring coexistence – ripe for you to siphon off that sweet, sweet JPY.

Perhaps the greatest strength of A-Train: All Aboard! Tourism is that the grand scope of your business doesn’t preclude the satisfying finer points of building pretty train tracks. You can scout good routes on the map, lay lines, and build elevated rails and tunnels to your heart’s – or at least your budget’s – content. But when we say “the finer points”, we mean the very finest points; you have the option to specify exact timetables for multiple trains in and out of a station, deciding which platform they stop at, what speed they leave the station at, whether they will stop at all, how, where and when they will pass other scheduled trains on the line, and so on. You have the tools to design and build full local services with express and semi-express trains all running past one another on the same route, all scheduled to the minute. If efficient railway service timetable design turns you on, then be careful playing A-Train in public. 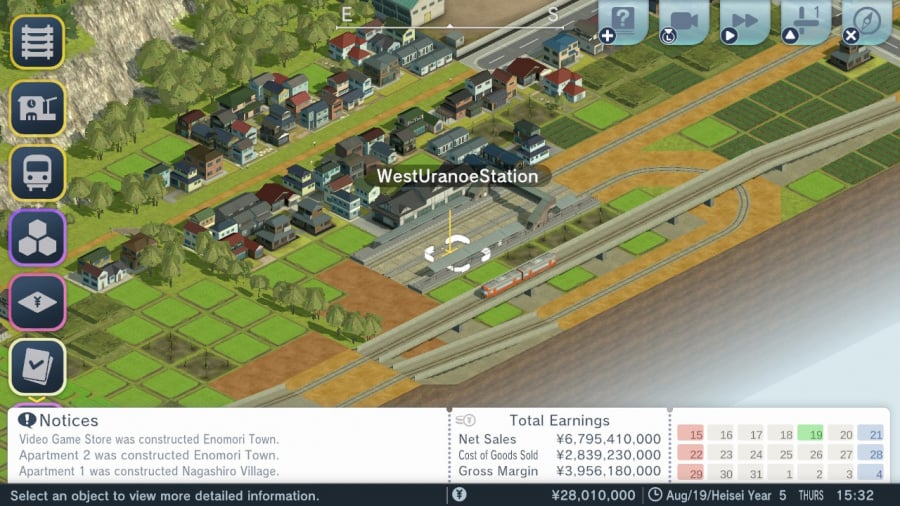 If all that efficiency sounds too raunchy, however, some of these settings are tucked away in off-by-default advanced options, and the game helpfully explains some simple track designs in its first scenario in case you’d rather ignore the most detailed of details. In fact, A-Train is a fairly complete and intricate experience even in its easy mode, where some complexities are removed around staff morale, fluctuations in passenger numbers and so on. There are many, many hours of fun to be had without stepping off the beaten track, and probably hundreds of hours for real anoraks.

There isn’t space here for even a whistle-stop tour of the deep roster of trains you can develop, the train designer, securities trading, resource exploitation and trading, subsidiary management, bus services with exciting road junctions, build-your-own scenarios shareable and rateable online… Suffice it to say, Artdink is bringing a lot of content here. Credit is also due for a valiant effort at delivering all the options and subtlety not with a delicate mouse pointer but with a big fat controller – and, in handheld mode, a mostly passable touch interface.

But things do start to go off the rails. Although it wouldn’t be fair to criticise A-Train for its complexity – that’s the point – it does bring some game design challenges. The tutorial scenarios are helpful but they are fully-fledged scenarios and they leave plenty of room to get stuff wrong, then throw more instructions at you while your brain is still buffering. A short, simple, on-rails training level, crossing off the basic techniques, would have been helpful. In the throes of the later game, meanwhile, rail planning keeps getting richer long after other mechanics have reached the end of the line and the balance never really gets back on track. 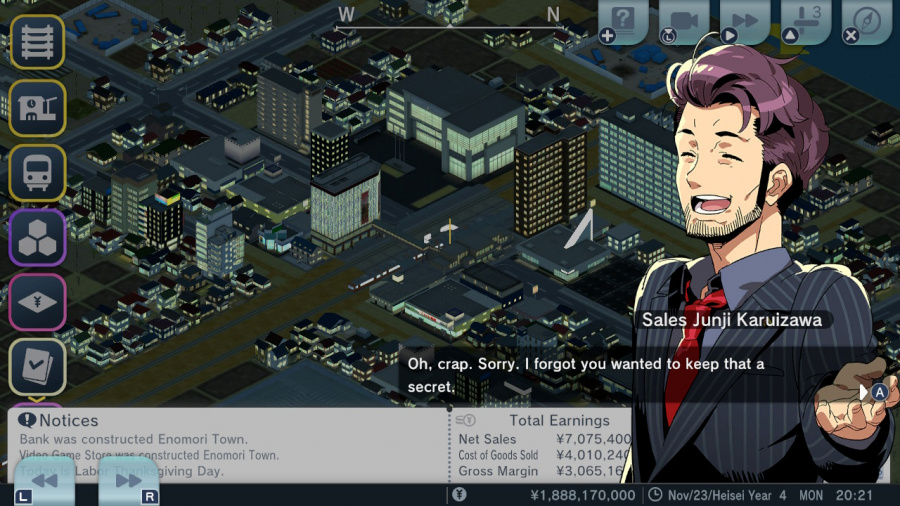 The slow pace of the game is another driver of the game’s appeal, but while a peaceful, somewhat passive interaction with an organically developing city is a soothing way to let off steam, sluggish menus and repetitive commands had that steam coming out of our ears.

The graphics engine is perfunctory. There are options to extend draw distance and toggle some effects, but using these makes the game unplayably slow. However, a click of the left stick toggles an isometric view, with a pleasing, nicely engineered transition, through which the cities look, if we’re being generous, quietly characterful. On top of the performance issues, though, we did have two crashes and lost some time, even using autosave to guard against it. (Two patches have been rolled out since release so Artdink is at least attentive.)

It’s hard to express how well a niche game fares with a numerical score. If train business minutiae are your niche, your heart will be all a-flutter; if not, you’ll be all a-bored. Setting the content on one side, there are significant balance, interface and performance issues – but they don’t derail the game entirely. While there are other options for management sims on Switch that are much more light-hearted and accessible, A-Train is something different that educated us and broadened our horizons in the genre. Fans, then, will be stoked to play the series on a new platform; for others with plenty of patience A-Train could be a sleeper hit. (We’re really, really sorry about all the puns. Honest.)