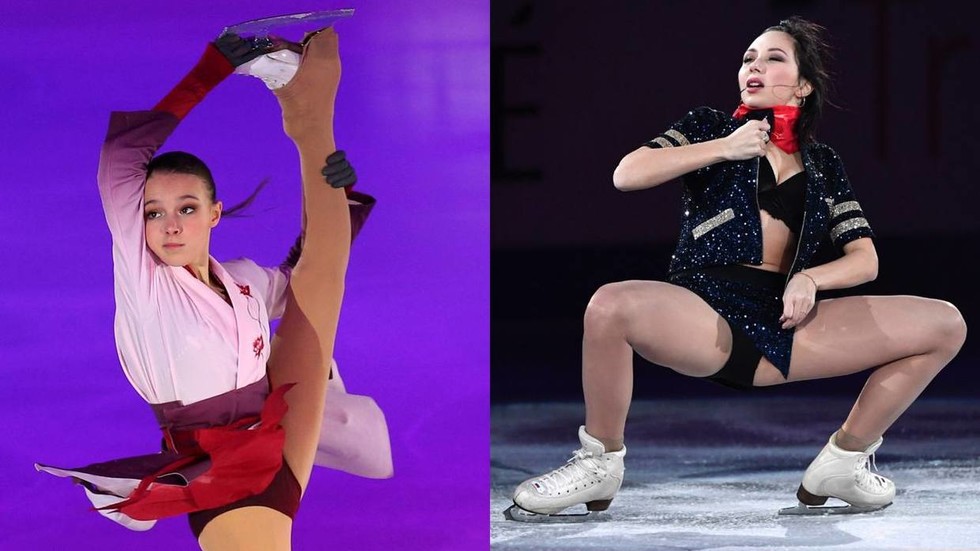 With the world figure skating championships just around the corner, former Canadian skater Meagan Duhamel weighed up the Russian trio’s chances to win gold in the ladies’ event in Stockholm.

The 2018 Olympic champion in the team event noted Russia’s dominance in women’s skating, sharing the widespread opinion that it will be the Russians that more than likely vie for gold.

Duhamel expressed her admiration for Elizaveta Tuktamysheva and Alexandra Trusova, whose skating she says is powerful and dynamic – something she couldn’t say about the tournament’s favorite, Anna Shcherbakova, who, she says, looks sickly.

“She looks so frail, I can’t enjoy watching her, she looks sickly,” Duhamel said about Shcherbakova, who won the national championship in December.

The two-time world champion added that she prefers more healthy-looking skaters, like Tuktamysheva, who has remained competitive over the years, proving that a figure-skating career can be quite long and successful.

“I like Tuktamysheva. She is back at the world championships and she still does a triple axel. All these generations of Russian skaters are dying off and she’s like, ‘no, I’m still here, I’m still here.’

“I don’t care about her lack of choreography, that doesn’t even matter, I appreciate her resiliency, her determination, and her ability to just show up while all these girls drop like flies,” Duhamel said.

She also touched upon the topic of Tuktamysheva’s extravagant, sometimes shocking, style.

“I’ve competed with her for many years… she was 14, I was 14, whenever she was at the grand prix circuit for the first time, she was at Skate Canada and she was wearing this miniskirt at the banquet.

“And I walked by and I was like, does her mother know she’s wearing that? That was my introduction to Tuktamysheva.

“I love her… She’s real, she loves to skate, she loves it, she’s like a real person, whereas sometimes I don’t think the others are in that sense.

Talking about Russia’s quad-jumping prodigy Duhamel admitted her progress since switching to Evgeni Plushenko noting that her basic skating skills, including footwork and edge quality have improved.

“I love her [Trusova] as well… I love her fighting spirit and she’s fearless. I really like her energy… Trusova is strong, like, she has muscles, she’s strong, maybe this is just her natural power on the jumps or maybe it’s something that was enforced through her new coaching change… When she doesn’t skate great, she still seems happy,” she said.

The women will perform short programs on Wednesday, and the medalists will be awarded two days later after the free routines.