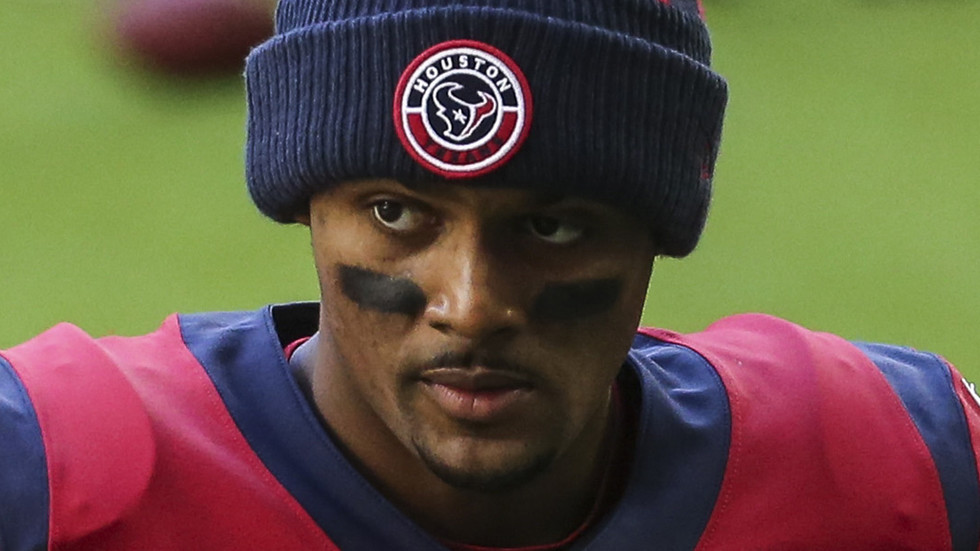 The news comes less than a week after reports that the NFL star was attempting to distance himself from any allegations of sexual assault.

The total number of lawsuits filed against the 25-year-old has now risen to 10, according to The Guardian.

Watson initially claimed that the allegations are the result of a “publicity-seeking” plaintiff.

He categorically denied all accusations online, posting: “I have never treated any woman with anything other than the utmost respect.

“The plaintiff’s lawyer claims that this isn’t about money, but before filing suit he made a baseless six-figure settlement demand, which I quickly rejected.”
Also on rt.com NFL superstar Deshaun Watson ‘looking forward to clearing name’ amid ‘publicity-seeking’ sexual assault allegations
The quarterback was alleged to have assaulted one massage therapist earlier this month by “touching her with his penis and exposing himself.”

All 10 plaintiffs are believed to be massage therapists who are seeking compensatory and punitive damages, as well as court costs. According to high-profile Texas attorney Tony Buzbee, who will represent each woman, the figure being sued for is only $ 500 – the smallest amount of damages that can be sought in a Texas civil district court.

Buzbee explained: “They bring these cases for one reason only stopping further misconduct from this defendant or any others like him.”

A statement from Watson’s attorney, Rusty Hardin, called the allegations “meritless.” He has also stated that he is: “extremely proud to represent Deshaun Watson and wholly stand behind him.

Hardin’s statement explained that they will respond in greater detail next week: “We will wait to comment in detail until we’ve completed our review of the numerous, evolving allegations from Mr Buzbee. We will respond next week and ask you to keep an open mind until we do so.”

Watson signed a four-year, $ 156 million contract extension with the Texans only last offseason, but was already pressing for a move away – and indeed requested a trade in January – due to the poor direction he felt the team was heading.

The NFL are said to be aware of the allegations and are now investigating the matter under their own personal conduct policy.
Also on rt.com ‘Not setting good examples’: NFL’s JJ Watt slammed by pro-mask mob for social distancing faux-pas after big money Cardinals move