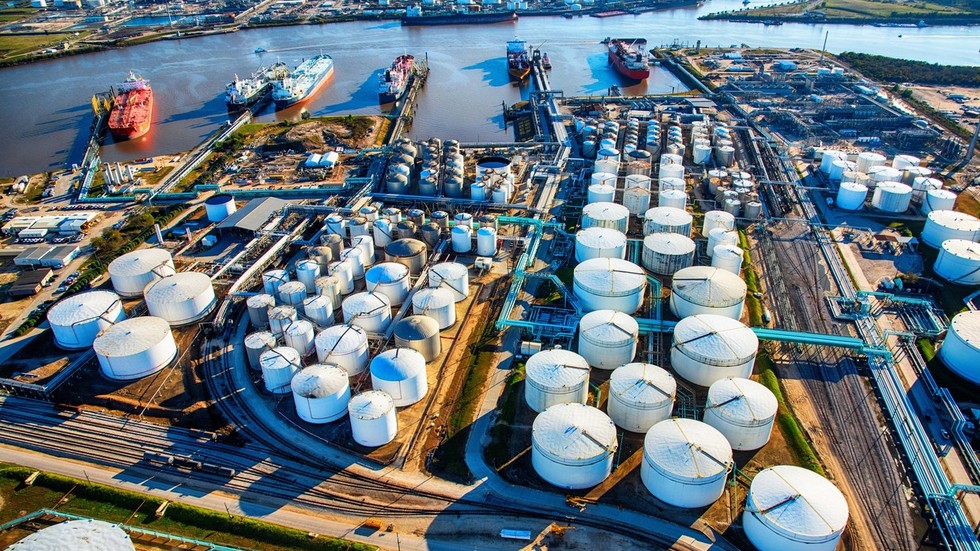 According to the data tracked by the US Energy Information Administration (EIA), the US has bought the most Russian crude since 2011, when the import volumes or Russian oil totaled 624,000 barrels per day (bpd).

In 2020, Russia became the third-largest oil supplier to the US, outpacing Saudi Arabia, world’s biggest exporter, according to Bloomberg calculations based on customs and EIA data. Russia’s share of American oil exports currently stands at a record-high seven percent.
Also on rt.com EU should impose counter-sanctions on US officials who target European firms, former French envoy to Washington says
Meanwhile, Canada and Mexico were the leading exporters of crude to the US last year. Canada shipped 4.1 million bpd, while Mexico sold about 750,000 bpd. The average imports of oil from Saudi Arabia reportedly totaled just 522,000 bpd in 2020.

The growth of oil exports from Russia was reportedly caused by the lack of access to Venezuelan crude, targeted by US sanctions. Moreover, shipments of crude from OPEC nations were significantly reduced amid the cartel’s pact on cutting output.

US energy majors, including Exxon Mobil, Chevron and Valero Energy were among the key buyers of oil and petroleum products from Russian producers.
Also on rt.com Republicans sound alarm over major U-turn by Biden admin on Russia-to-Europe gas pipeline
The increase in Russian energy purchases by the US comes amid long-standing tensions between Moscow and Washington. The White House has been persistently blasting the Russia-led Nord Stream 2 gas pipeline project, warning European allies against becoming too dependent on Russian energy supplies. The Biden administration continues to threaten European partners of the project with sanctions.

Last year, the Trump administration blacklisted a trading subsidiary of Russian state-run oil major Rosneft, saying it provided a financial lifeline to Venezuela. However, no other Russian enterprises were targeted, leaving a legal loophole for US companies, which may continue to purchase Russian crude and refined products.