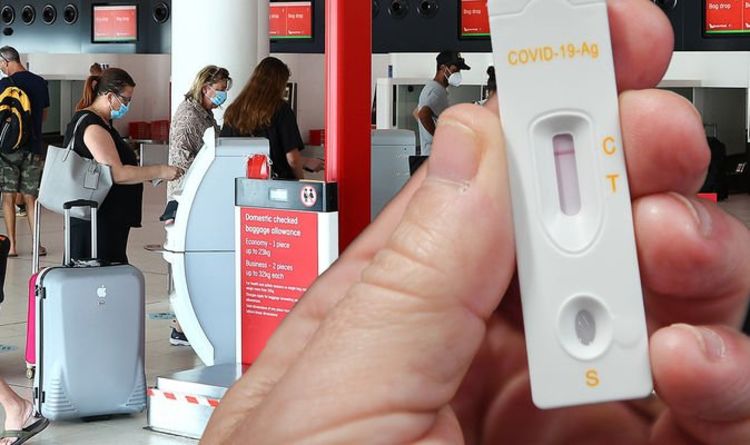 In the latest boost for holidays, it has emerged the UK Government are considering a three-tier system combined with “rapid testing” for travellers. It is speculated that ministers are looking at grouping countries into Covid[1] zones, based on cases, allowing those with vaccine[2] passports or recent tests to fly abroad and return safely.
Under these plans, countries will be grouped into three different categories.

Arrivals from green countries will only be required to take a rapid lateral flow test.

These 15-minute tests would most likely be taken at the airport.

Rapid lateral flow tests usually cost around £30, the cost of which will be footed by the passenger.

Arrivals from amber countries might be required to take PCR tests within a certain amount of time prior to travel[3].

Paul Charles, chief executive of The PC Agency travel consultancy, told The Sun: “It is encouraging to see there will be a traffic light system in place to get travel going again on May 17.

“It will be important to give clarity to the consumer and ensure there is enough of a notice period before any destination is switched.

“We don’t want to see the distressing scenes that we saw last summer, caused by popular destinations coming off a list at the 11th hour.”

The Government’s Global Travel Taskforce is due to resume meetings from April 12 to discuss the safety of international travel and how it can be made a possibility.

Britons are expected to learn more about the possibility of summer travel on April 5, a week before the Taskforce sits.

There are ongoing conversations between the UK and some popular holiday hotspots including Spain, Greece and Portugal about the potential for travel.

The European Union recently made plans to fast track its “digital green pass” for travel which will work a lot like a vaccine passport.

Meanwhile, ministers are also said to be in the process of striking agreements with the US and Israel thanks to the speed of their vaccine rollout.