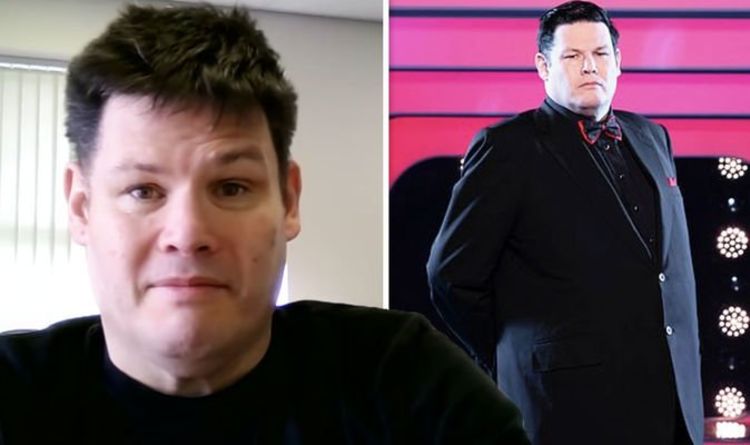 The Beast star Mark Labbett, 55, has taken to Twitter to address concerns from The Chase viewers about his health. The quizzer worried some fans because he was “swaying” on his chair during an appearance on ITV’s Loose Women today.

His movements on the programme prompted one viewer to ask: “Has @MarkLabbett got parkinsons?”(sic)

Fortunately, Mark addressed the viewer’s worries and put their mind at rest, putting his swaying down to “nervous energy”.

He wrote back in view of his 142,000 followers this afternoon: “I am swaying on a swivel chair, nervous energy.” Mark Labbett worried some fans because he was ‘swaying’ on his chair (Image: TWITTER)

One person replied: “Your head was shaking quite a bit.

“I don’t feel comfortable saying that here and I am sure it is nothing, people perhaps just concerned.

“Well done on the weight loss pal,” they added in reference to the star’s recent 10-stone weight loss.

Another added: “Anyone would get the shaking Stevens talking to a load of loose women, dismantling a Bomb would give him less to think about. Get the f**k out of there! in both of these cases.”(sic)

“Thank god your ok! I was worried about you,”(sic) a third viewer said.

“I thought the same thing aswell! He is shaking pretty bad,” they added in a separate Twitter post.

It comes after Mark’s fellow Chaser Paul Sinha was diagnosed with Parkinson’s in 2019.

He opened up on how the degenerative brain condition could affect the way he quizzes.

As part of a Twitter thread, Paul wrote: “Parkinson’s is a disease process which may or may not deeply affect how I quiz.

“Though there’s no doubt the medication creates irregular bouts of tiredness that don’t really help.

“But getting probable COVID in March was in many ways worse because it totally knocked out my enthusiasm for engaging with what was going on in the real world.”

Paul added: “As my dopamine depletes, I spend every day pushing myself, at both non speed and speed quizzing.”

His final tweet read: “And the results have been notable.”

He previously said he would quit The Chase if he began to struggle answering the questions at speed, due to his condition.