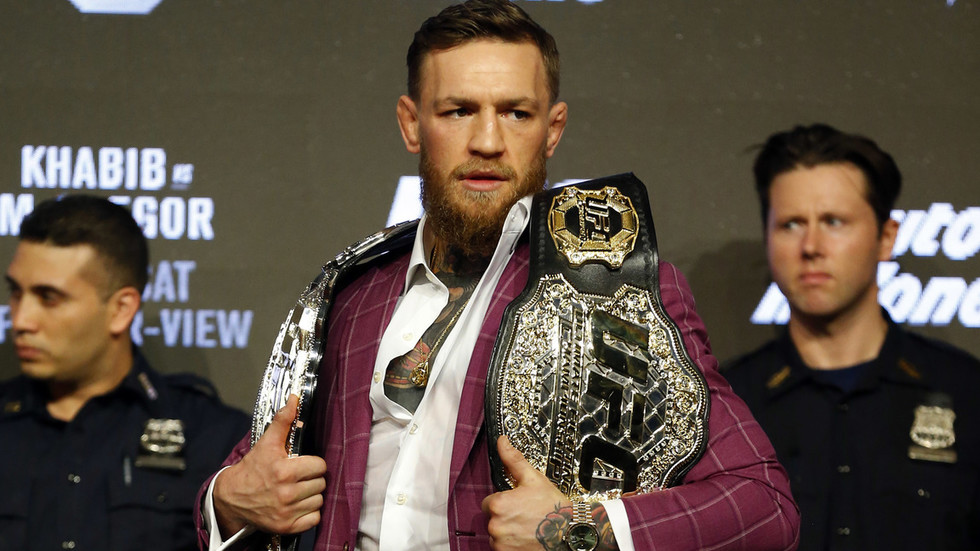 Despite being out of the immediate UFC title picture following his knockout defeat to Dustin Poirier, ex-champ Conor McGregor has bafflingly argued that other fighters are “chasing” him for belts, bragging the day after UFC 260.

Picturing himself during his spell as featherweight and lightweight champion before his loss to Russian great Khabib Nurmagomedov in 2018, McGregor made a canine claim while telling his 8.5 million followers on Twitter that he still believes he leads the UFC pack.

“I’m a dog,” he wrote, inviting howls of derision from fight fans. “You run, I’m chasing.”

“His chin is deteriorating.. Every single contest he hits one knee.. A gust of wind and he does the chicken dance.. he’ll wake up and he’ll bow before me.. His toes will curl and I will celebrate.. The chin doesn’t recover” @TheNotoriousMMApic.twitter.com/WfwXVy3eHS
— Philippe (@ph94ph) March 28, 2021

The somewhat fanciful post may have been a response to the news this week that former Bellator MMA champion Michael Chandler will face Charles Oliveira at UFC 262 in May, competing for the lightweight title vacated by the unbeaten Nurmagomedov following his shock retirement in October.

Poirier had been expected to fight for the belt after avenging his previous defeat to McGregor by knocking him out at UFC 257 in January, but Dana White has praised the American for agreeing to a lucrative third meeting with the Irishman which is expected to take place this summer.

McGregor could also have watched with a measure of frustration as Francis Ngannou produced the kind of concussive performance he was once known for at UFC 260 on Saturday, becoming heavyweight champion for the first time by brutally knocking out adversary Stipe Miocic.

Readers boggled at McGregor’s seemingly misplaced confidence, predictably responding with a deluge of highlights from his defeat to one-time bitter rival Nurmagomedov while accusing him of being entitled.

“I see you are trying to stay relevant,” retorted one who labeled him “Conor McChicken”, while another dismissed him as a worse MMA fighter than boxer and potential future opponent Jake Paul.

McGregor had seemed more interested in alcohol hours beforehand, posting a photo of himself standing behind a bar in a pub holding a bottle of his liquor brand aloft to mark International Whiskey Day.

The 32-year-old reportedly made around $ 154 million when he sold his controlling stake in the company behind the drink earlier this month.
Also on rt.com UFC boss White says Dustin Poirier has been ‘smart’ to turn down world title bout in favor of trilogy fight with Conor McGregor