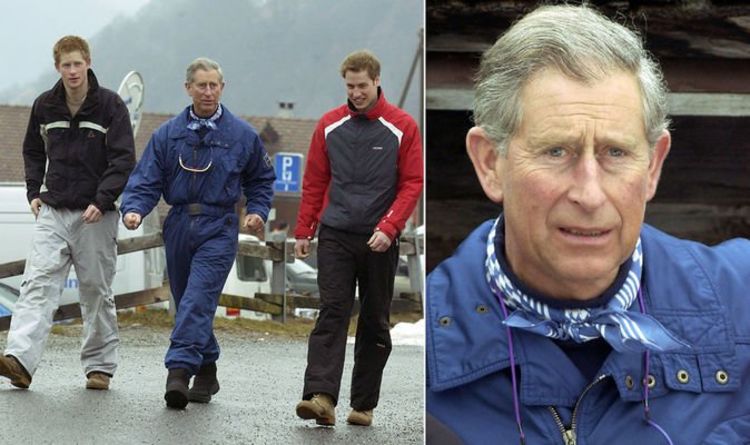 Prince Charles[1] has been known to hit the ski slopes frequently since he learned to ski aged just 13. As a tradition, when Prince William[2] and Prince Harry[3] were growing up, he would take them on an annual winter holiday.
However, it was on one of these holidays that the Prince made a rather embarrassing “blunder” according to a Channel 5 documentary.

In the programme The Royals on Holiday, experts lift the lid on the moment Prince Charles slipped up with a rather “derogatory comment”.

According to the show’s narrator: “Charles also battled with the press, particularly on his annual father-son ski trip with William and Harry.

“During a photocall with the boys in later years, Charles made a royal[4] blunder.”

“He had gone out for a short break with William and Harry.

“The usual way these things work is that on the first day the Prince and his sons will provide a photo call and then in return the media behaves itself and lets them have a holiday without disturbing them and without trailing them all over the mountains.

“His staff and said he would take some questions and one of the journalists there that day asked about his upcoming wedding.”

In documentary footage, the journalist in question asked Prince Charles: “Prince Charles, how are you feeling?”

“On the ski slops with Prince William and Prince Harry, Prince Charles was caught saying something very derogatory.”

Mr Kay added: “The Prince was portrayed as a rather cross and petty man complaining about the media.

“Although he is rather tolerant of it all, he has had it all of his life but I think this was one occasion too many.”