2 Decades In, Texas Woman Shares How Game Development Has Changed

Adobe vs. The Trade Desk: Which Software Stock Is Better? Purchase?

There’s nothing to look at in your ear. Every AirPods has a new wireless earbud. Feature at HALF of the price

AUSTIN, Texas — One of Fisa Castellanos’s first gigs in video game development involved a professional ice skater and a weasel.

“She wanted to make a game about a girl who owns a weasel. The idea of the story was if you made good decisions and did good deeds, the [weasel] avatar would change and look more good. If you decided to do more evil stuff, the weasel would look evil,” Castellanos says.

The project was financed by a professional ice skater at the time, but Castellanos can’t recall her name.

“It was not Kristi Yamaguchi,” she laughs. “That’s the one ice skater everyone remembers.”

Originally from Texas, Castellanos got her degree in car design in California. She found herself working an internship in Detroit, where she says the weather was not ideal.

After doing some small jobs in video game development, she decided a career change was in store.

“I decided in doing those jobs that video games were really fun,” Castellanos says.

The 47-year-old was working on her first major project as a vehicle designer for massive multiplayer online first-person shooter Planetside, which released in 2003.

She recalls sitting with the art director and designer to learn what kind of vehicle was wanted, including small details like how many players could sit in it.

Posters for Everquest II and Doom hang on either side of her Planetside poster–two games Castellanos has worked countless hours on. 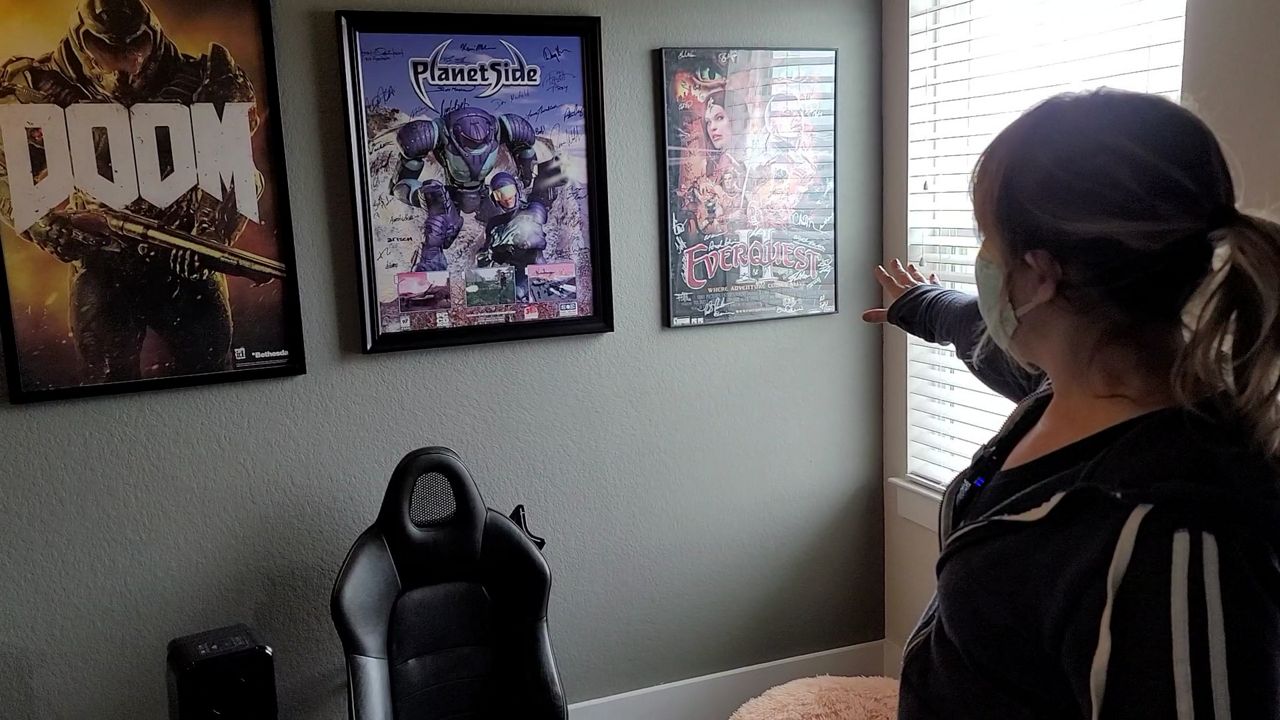 Fisa Castellanos points at posters for Everquest II and Doom hanging on either side of her Planetside poster. (Spectrum News 1)

“That was back in the 2000s when we weren’t sculpting characters, we were still modeling them with polygons. The industry had a huge game change when we got a new program called ZBrush, where people were actually sculpting things. That made things way more time consuming and also made some jobs very competitive,” Castellanos says.

She says the teams responsible for character design were small sometimes, only making up about 10 people in a studio of 200.

Castellanos moved to a new job and used the opportunity to transition to working as a 3D architect, or what she calls a “world builder.” She is one person on a team of around 30 to 40 people.

“The industry has changed so much because before you used to do the whole world, but because of technology we’ve expanded the pipeline out and the assembly line,” she says. “So, at this point in time, you have people who make just textures and materials. You have people who model out props. And then you have people who are more like what I do. I take those props and assemble them into the environment and make what the player actually sees.”

Over the past two decades, Castellanos says game studios have learned to create games efficiently.

“Every game company has figured out their pipeline for how you work. It is more of a work atmosphere since there is such a high demand since things are so graphically complicated. But it’s still a fun environment. The competition has just become a lot larger,” she says.

Like any career, there are bumps along the way.

“I was here in Austin working on a game for three years that never came out,” she says. “It was one of my very first jobs. I was just learning the industry and getting used to the pipeline, and just seeing how fickle the industry can be.”

As ruthless as the industry has been to her, Castellanos has found a lifelong career. As technology advances, she finds she must challenge herself to reach new heights.

“As you do this more and more, the bar gets higher and higher. You’re like ‘Oh, can I do that?’ And then when you get there, you want to move to the next part,” Castellanos says. 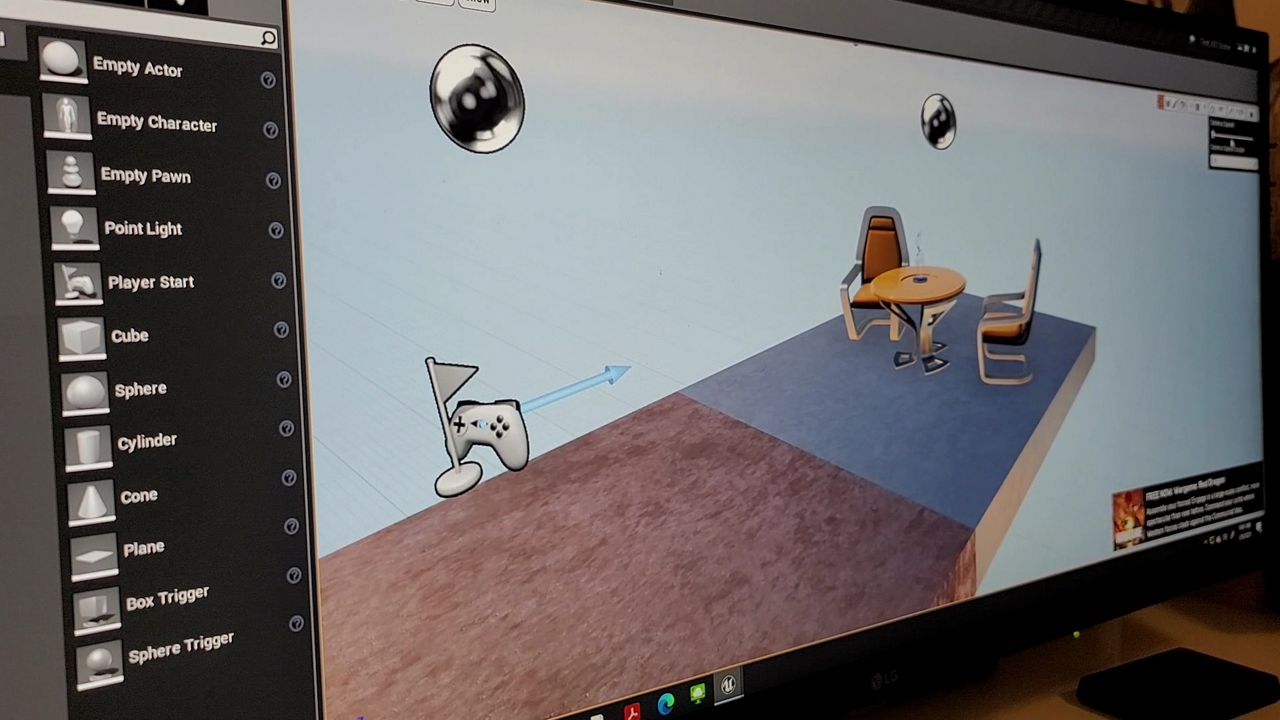