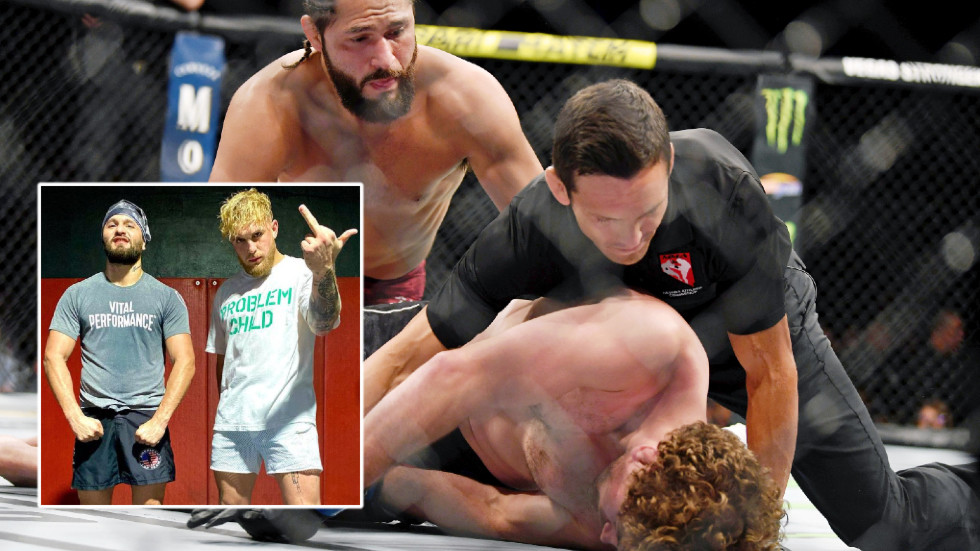 UFC fighter Jorge Masvidal has boasted that he “buried” Ben Askren in the fastest UFC knockout ever and said that Askren “represents crotch sniffers” rather than MMA, lashing out after helping Jake Paul prepare to box against him.

Cage veteran Masvidal has been a surprise addition to YouTuber Paul’s training team during his preparations for the fight on April 17, when retired MMA fighter Askren will switch his hands to boxing for a battle of two rookies in the ring.

Masvidal, who has been branded a traitor by some fans for helping Paul attempt to outbox an MMA fighter, was clearly unimpressed by the acrimonious head-to-head between social media sensation Paul and his opponent last week, watching Askren shove Paul in the face before the pair nearly came to blows.

“The individual I buried does not represent MMA,” announced Masvidal, referencing his win over Askren in record time at UFC 239 in July 2019, when he required only five seconds to end the scrap with a flying knee.

The individual I buried does not represent MMA. He represents all the hard core and casual crotch sniffers #andnew
— Jorge Masvidal UFC (@GamebredFighter) March 28, 2021

How much would another grown have to pay you be his cheerleader??? I think Jake’s squad is soooo cringe.

“He represents all the hardcore and casual crotch sniffers.”

“How much would another grown man have to pay you to be his cheerleader?” he asked. “I think Jake’s squad is so cringe.”

Surprised you have time to tweet with having to answer @jakepaul whenever he calls, hope the bag was worth it

The majority of fans seemed to side with Askren. “The MAGA and Jake Paul acts have got to go,” said one, pointing to Masvidal’s support for Donald Trump’s ‘Make America Great Again’ slogan when he joined the former US head of state on his campaign trail ahead of his failed bid to win re-election as president last year. “Used to be a fan. It’s sad, honestly.”

Another rued: “When he sides with a YouTuber who talks s*** about MMA, you can’t take ‘sellout’ Masvidal seriously. He’s only into it for the money. He’s just a journeyman.”

Jorge has turned into everything he hated in a fighter

The seemingly bitter feud between Paul and Askren has divided some UFC figures, with promotion president Dana White suggesting he would bet $ 1 million on Askren and fighter Mike Perry warning Askren that he would suffer at the hands of the celebrity.

In an attempt to wind up Paul, Askren produced a video on Sunday parodying himself as he ran through snow and appeared in farcical training scenes.

“When I got the call to fight [YouTuber] Logan Paul’s little brother, I had to go into Rocky Style training,” he said.

Masvidal is next in action at UFC 261 the week after Askren and Paul scrap, when he will attempt to avenge his defeat to Kamaru Usman last July.
Also on rt.com ‘What are you doing?’ Fans accuse UFC star Jorge Masvidal of betraying MMA over YouTube boxer Jake Paul’s surprise footage (VIDEO)