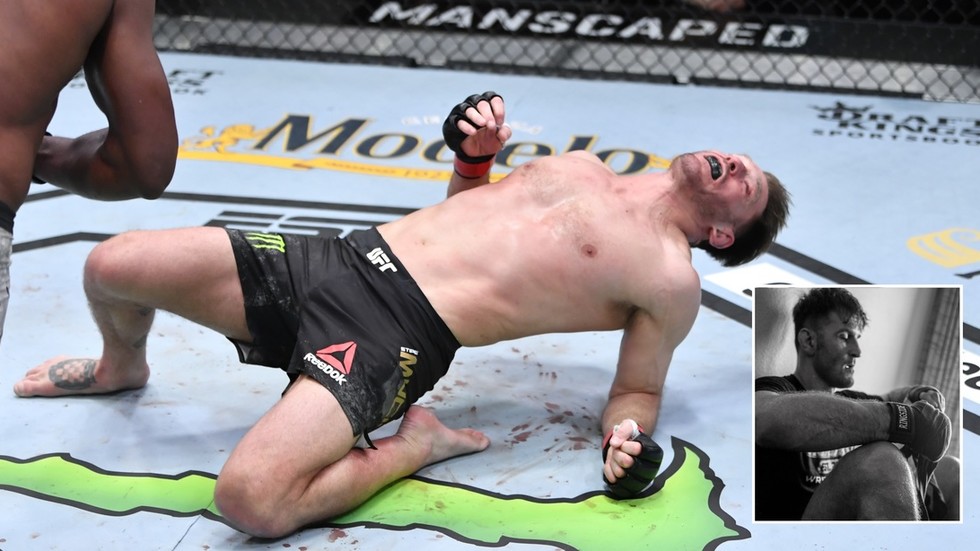 Dethroned UFC heavyweight Stipe Miocic has issued a first public statement since his crushing KO defeat to Francis Ngannou in their title fight at UFC 260 in Las Vegas last weekend.

Cameroonian powerhouse Ngannou finished Miocic in the second round of their main event contest, first catching him with a straight left hand then following up with another concussive strike and a hammerfist on his grounded opponent before the bout was called off.

Miocic had gamely attempted to recover from the initial blow from Ngannou, even catching his rival as he pushed forward, only to take more damage and crumble from the knees in one of the more excruciating-looking knockouts in recent UFC memory.

The 39-year-old Cleveland fighter may have lost his title and been temporarily relieved of his senses, but he certainly hasn’t relinquished his humor, updating fans with a message on Instagram in which he reflected on his defeat.

“First and foremost, I’m ok. I know that fall wasn’t my most graceful fall, but I was unconscious, so it happens,” Miocic wrote to his following of 1.5 million on Monday.

“To my family friends and fans, especially Croatia & Cleveland… I love you and I’m sorry. I hate letting you down. To my team, thank you. I know you feel every loss just as much as I do. We win as a family, we lose as a family. Losses aren’t fun, they always sting for a while, but that’s the beast of this business.

“You can’t win them all, and it’s important to understand that losing is just as much a part of sports (and life) as winning. Don’t ever forget God will always put you where you’re meant to be at that exact moment. You can’t dwell on what you should have done better, but you can learn and improve from it and come back more prepared next time.”

A cautious Miocic had been clearly outworked by the composed Ngannou in the first round at the UFC Apex, but claimed that he was starting to feel his rhythm before the concussive conclusion to the evening.

“Unfortunately, I deviated from game plan. I felt great coming into the second round, I saw it was beginning to go as planned,” Miocic wrote.

“He was getting very winded, and I came in overzealous and unprotected. I wasn’t in a good posture to take the hit. He saw the opening, and did what any great fighter would have done. That was my error that I accept, it won’t happen again.

“Lastly, I’d like to congratulate [Francis Ngannou] and his team on a well earned victory. Saturday night was your night, enjoy your victory! For now, I’m going to enjoy the down time, spend some time with my family, and welcome our son into the world this summer… stay tuned, God bless.”
Also on rt.com UFC warrior Stipe Miocic’s wife reassures fans he is ‘alright’ by sharing picture from hospital after shuddering UFC 260 KO defeat
Many will take that message to mean that Miocic is not contemplating calling it quits despite the devastating nature of his defeat on Saturday night.

The two-time champion is still widely recognized as among the greatest – if not the greatest – heavyweights ever to do it in the UFC, and holds the division record for the most successful consecutive title defenses in the promotion, with three.

Meanwhile Ngannou, 34, captured the title as well as revenge for the unanimous decision defeat he suffered to Miocic in their first title fight back in 2018.

After Saturday’s title coronation, the French-Cameroonian star vowed that he was ready for the immediate challenge of former longtime light-heavyweight ruler Jon Jones, who is stepping up to heavyweight in anticipation of a blockbuster showdown.
Also on rt.com ‘I’m ready’: Francis Ngannou eyes Jon Jones fight after brutally knocking out Stipe Miocic to become UFC heavyweight champ (VIDEO)
However, comments from Jones and UFC boss Dana White in the aftermath of Ngannou’s win have thrown that prospect into doubt, with the former proclaiming “show me the money” and the latter insinuating that Jones would in reality fear the challenge posed by the formidable Ngannou.

Also on rt.com ‘What bulls***’: UFC champ Jon Jones drags Conor McGregor into row as he demands big money from Dana White for Ngannou title clash
Another test for ‘The Predator’ could lie in former opponent Derrick Lewis, who outpointed Ngannou when the pair met in July 2018.

Since then, Ngannou has won all five of his trips to the octagon inside the opening two rounds – including Saturday’s title clash with Miocic.

UFC fan favorite Lewis, 36, is similarly famed for his punching prowess and is riding a run of four straight victories. ‘The Black Beast’ lost his previous shot at the heavyweight title when he was submitted by Daniel Cormier in December of 2018.