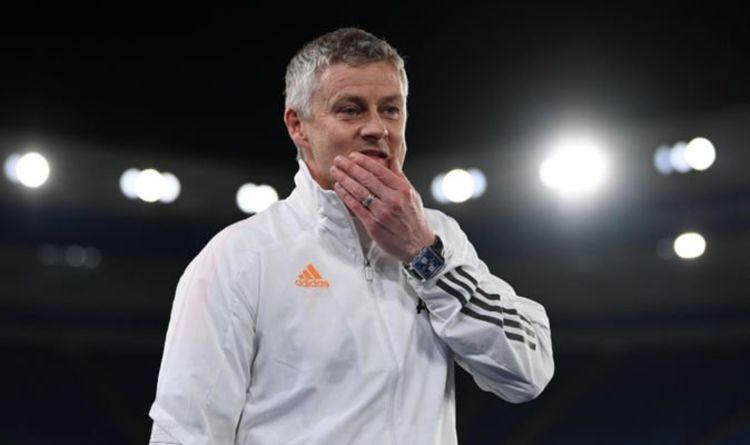 Manchester United boss Ole Gunnar Solskjaer says he is unsure who he can trust when it comes to dealing with transfers – and those issues could dash any hope he has of signing Erling Haaland this summer.
Mino Raiola has been going about his business in a very public manner over recent days.

The agent, who represents Haaland, flew to Barcelona alongside the Borussia Dortmund star’s father.

Amazingly, by some sheer coincidence, there was a journalist from Spanish publication Sport waiting the capture their arrival on video.

Raiola then flew to the capital for a meeting with Real Madrid. Haaland was again top billing on the agenda.

News has surfaced that the agent is planning to travel to the UK to talk to Premier League clubs, with Manchester United, Manchester City, Liverpool and Chelsea all linked with Haaland.

The way Raiola has made his business very public will only raise the stock and peak interest in the 20-year-old star he represents.

But Solskjaer outlined his transfer plan during a press conference on Good Friday, and he wants to do the complete opposite to Raiola.

If the United boss sticks to his word, then that may mean that a move for Haaland is off the table.

“I think the way the world works at the moment, you’d like to do, of course, all your business on the quiet and all your talks on the quiet,” Solskjaer said.

“But there’s platforms everywhere, there’s news – the media now makes that more and more difficult. Who can you trust?

“Hopefully we can suddenly sit here with players that no-one’s written about and thought we’re going to go to.”

United will turn their attention to other targets who will play along with their silence.

“We conduct our recruitment business or scouting and the players that we are interested in, we do it the right way I feel,” Solskjaer added.

“Of course we have a plan and one we think’s going to happen.

“Two months is a long time in football as well. Things might change.

“There’s obviously a couple of players whose future is not decided yet – some without contracts, some with contracts.

“We do have a certain picture of how we think the squad is going to look in August.”