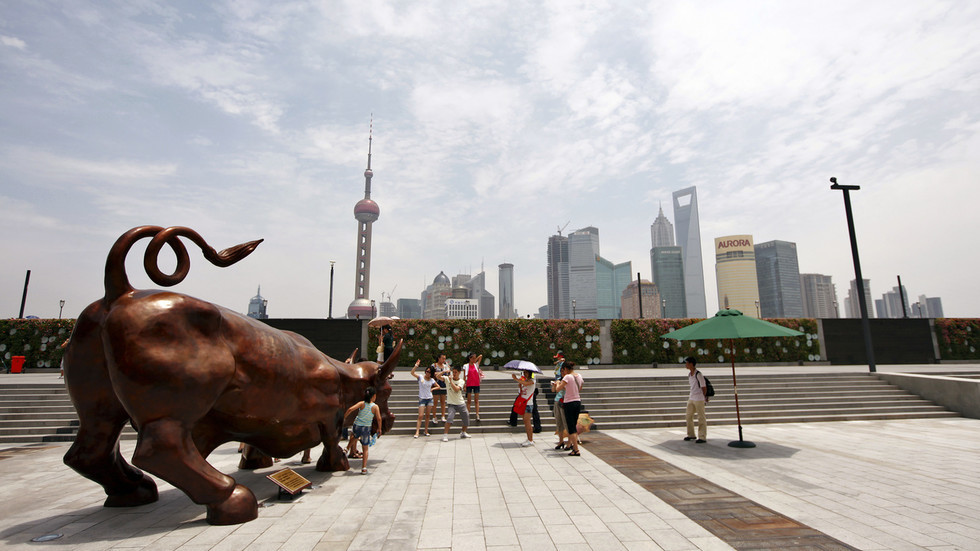 Beijing is exploring options to establish a new stock exchange that targets firms listed overseas and could bolster the global status of its onshore share markets, Reuters reported, citing sources.

According to people with knowledge of the matter, the country’s State Council has asked the top securities regulator to lead studies on how to design the exchange that would target Chinese firms listed in offshore markets.

The government hopes the initiative would also lure marquee international firms such as Apple and Tesla, which would have the option of carving out local businesses and listing them on the new bourse, one of the sources said.

Talks are in the early stages, and a timeframe and location are yet to be decided, said the sources, who declined to be identified. One option under discussion is upgrading an existing listing platform such as a smaller bourse in Beijing, they added.
Also on rt.com Removal from US stock markets won’t halt investments in blacklisted Chinese companies, Beijing says
China has two major onshore exchanges, in Shanghai and Shenzhen, with combined listed market capitalization of 78.7 trillion yuan ($ 12 trillion).

The plan to set up a new bourse comes as the United States’ securities regulator made legal amendments last week that would expel Chinese companies from US exchanges if they did not comply with the country’s auditing standards.

Data by Refinitiv showed that about 13 US-listed Chinese firms, including the Alibaba Group, Baidu and JD.com have conducted secondary listings worth a combined $ 36 billion in Hong Kong over the past 16 months.