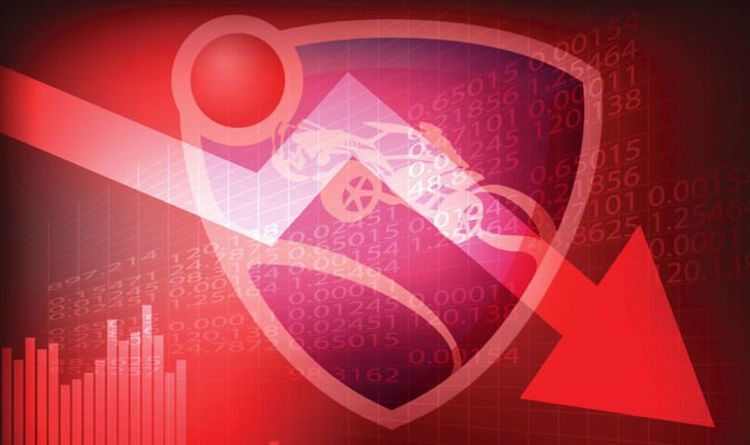 After midnight UK time on Thursday April 8, which for gamers in the States is 7pm eastern and 4pm pacific on Wednesday April 7, Down Detector recorded a huge spike in Rocket League down reports.

At the time of writing, downdetector.com has registered a peak of almost 7,000 Rocket League down reports with Down Detector UK registering over 1,000.

According to the official Epic Games Status website, Rocket League game services are running at a ‘degraded performance’.

As the Rocket League server issues hit users took to Twitter to report the issues they were facing.

One tweeted: “As always after a major update, Rocket League servers are down”.

While another posted: “@RL_Support the Rocket League servers are down?”

One added: “Are the @RocketLeague servers down right now I can’t get on”.

And another wrote: “Well everyone, it wouldn’t be a new @RocketLeague season without the servers going down”.

Elsewhere the Rocket League Status Twitter also said upcoming tournaments have been cancelled due to the ongoing server issues.

The @RL_Status Twitter posted: “In light of continuing PsyNet issues we will be canceling the 1, 2, and 3 PM tournaments.

“We apologize for the inconvenience and appreciate your patience.”

UPDATE: The Epic Games Status website has been updated to say matchmaking has returned to Rocket League, but some areas of the game are still experiencing a “degraded performance”.

These facets of Rocket League are game services and the item shop.

In their latest update the Rocket League Status Twitter said: “Matchmaking has been restored. However, Trade-In is currently disabled and items acquired by players may not be visible for up to 15 minutes.”

ORIGINAL: Rocket League down reports have been surging in today on the same day that season 3 of the hit car footie mash-up released.

Independent outage monitor Down Detector has been recording an increased number of Rocket League down reports.

Downdetector.com has registered hundreds of Rocket League down reports, with 90 percent of these related to server connection issues.

Meanwhile the official Epic Games Status page has confirmed that engineers are investigating an issue with Rocket League.

At the time of writing, all of these areas of Rocket League are marked as experiencing as having a “degraded performance”.

The account tweeted: “PSA: Players may experience trouble connecting to PsyNet and accessing online features. Thank you for your patience as we investigate”.