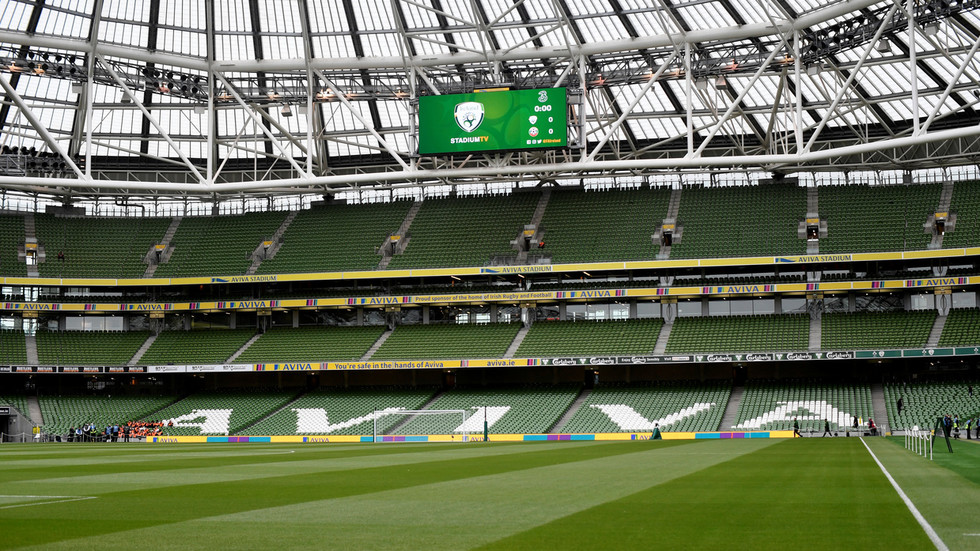 The Irish FA has notified UEFA that it cannot provide assurances on minimum spectator levels for Euro 2020 matches set to be held in the capital Dublin.

“The Football Association of Ireland, on advice and guidance from the government, has today notified UEFA that owing to the Covid-19 pandemic it is not in a position at this point to provide assurances on minimum spectator levels at the Euro 2020 matches due to be held in Dublin in June,” said the FAI.

The FAI has today made a submission to UEFA regarding EURO 2020 in conjunction with our LOS partners in Government, Dublin City Council and the Aviva Stadium – a statement from the Association is available here ➡️ https://t.co/mxjaI3rTb6pic.twitter.com/s1FU4sXsVf
— FAIreland ⚽️🇮🇪 (@FAIreland) April 7, 2021

Simultaneously, its Scottish counterpart has reportedly told the European governing body that it can welcome a capacity crowd of up to 25% at Hampden Park for games in its flagship international tournament.

This would result in a crowd of around 12,000-13,000 fans being able to watch the action in the Glaswegian ground.

Elsewhere on the continent, similar numbers passing the turnstiles have been suggested in Amsterdam in Holland and Bilbao in northern Spain.

New now from the Scottish FA: They’ve told UEFA that Hampden can have a capacity of up to 25% for Euro 2020 – so 12,000 fans like Amsterdam, Bilbao and others are suggesting

The Irish announcement means UEFA will now have to decide whether to allow the Irish FA more time to ascertain crowd numbers, or allocate the venue’s four matches to one of the other 12 host cities for the pancontinental tournament.

Elsewhere, St. Petersburg in Russia has said it is expecting to allow a capacity of 50% for the four matches set to take place in the city.

“The city and the Committee have been working on a notification which will be sent to UEFA before April 7. UEFA should deliver its verdict on April 9. We don’t expect it to cut the limit on spectators, as that is the hosting city’s prerogative. So, we think it will approve the plan,” it was added.
Also on rt.com Russia’s Euro 2020 organizing bosses approve 50% stadium capacity in St. Petersburg
But whether fans can attend or not, not every host city is thrilled to be receive the competition.

Last month, a Basque derby between Athletic Bilbao and Eibar in La Liga was halted by the interference of a drone containing an orange protest banner.

Rather than being pandemic-related, however, it was rumored to be the work of separatist groups that do not do not want the Spanish national team to step foot on Basque soil for the first time since 1967 by playing all three of their group games at San Mames.
Also on rt.com ‘Attack of the Drones’: Bizarre scenes as UAV halts La Liga game in ‘political protest against Euro 2020’