Were These Electric Cars Abandoned Because Their Batteries Failed? 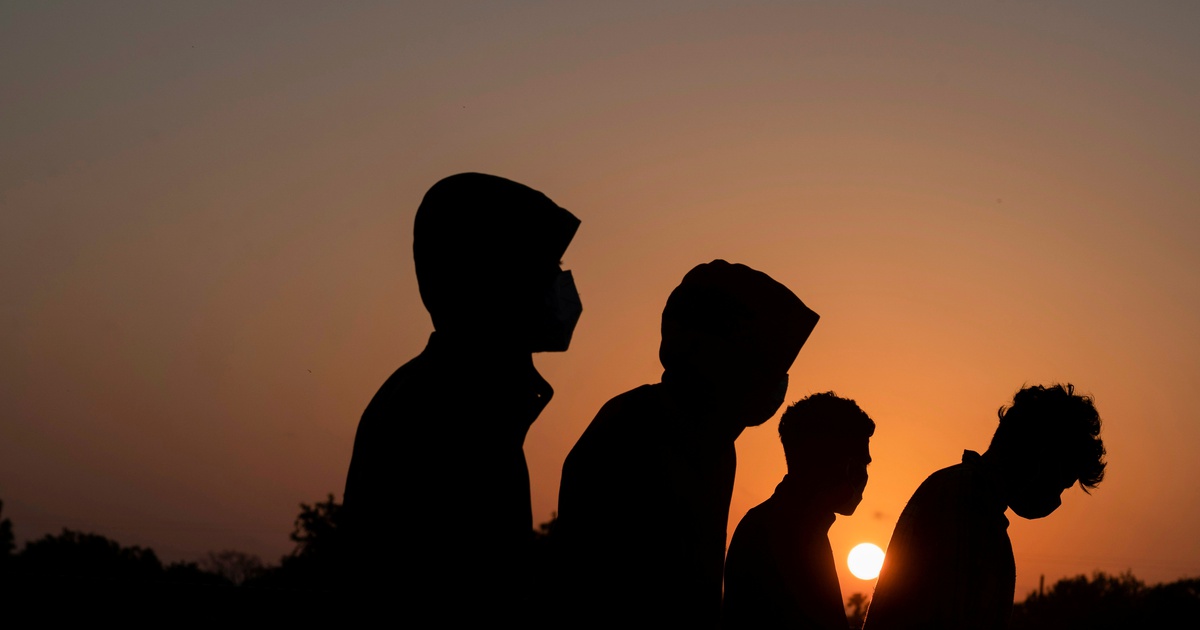 Gov. Greg Abbott[2] on Wednesday called for the federal government to close a San Antonio facility housing unaccompanied migrant children after he became aware of allegations of sexual assault.

“In short, this facility is a health and safety nightmare,” Abbott said at a press conference outside the Freeman Coliseum, which is reportedly housing[3] more than 1,300 teens who recently crossed the U.S.-Mexico border without a parent or guardian.

The announcement came as Texas and the federal government are locked in battle over a recent increase in the number of migrants crossing the state’s southern border.

Abbott said complaints about sexual assault were reported early Wednesday to the Texas Department of Family and Protective Services as well as the Texas Health and Human Services Commission. The governor did not know the identities of those who alleged assault, nor did he provide many details. He said he was concerned more than one child may have been assaulted. He also said that DPS will investigate the allegations.

The U.S. Department of Health and Human Services did not immediately respond to questions after Abbott’s announcement.

The press conference, Abbott said, was to alert President Joe Biden’s administration and push them to move the children housed in the coliseum to other federally run facilities with more “space, personnel and resources to ensure safety.” He also said the facility was short on staff, some kids were not eating enough food and those infected with the coronavirus were not separated from healthy teens.

A spokesperson for Abbott said the governor told federal officials about the allegations before the press conference.

Rebeca Clay-Flores, a Bexar County commissioner, painted a different picture of the conditions than the governor described, however. She said, having been in the facility many times, she saw children being well cared for. The Freeman Expo Center in San Antonio, which KSAT-TV reported held 1,370 teens on Monday[4], has the ability to house up to 2,500 children, according to the federal health department.

“What I saw when I went in there on several occasions, it was well-staffed, the children are very happy and very excited to be here,” she told reporters after Abbott left. “This is not a political issue. This is about children who deserve protection from adults.”

Abbott acknowledged to reporters that he had not been inside the coliseum.

Vulnerable children are often victims of sexual assault. In Texas, children kept in foster care[5] and state-run juvenile lockups often report sexual assault, as well, without the governor’s immediate intervention. Last fall, juvenile justice advocates pleaded for the U.S. Department of Justice to investigate[6] sexual abuse in Texas’ youth lockups, which have been plagued by scandal for more than a decade.

Abbott and many other Texas Republicans have repeatedly criticized the Biden administration as it struggles to address an increase in migrants being apprehended near the U.S.-Mexico border. Almost all single adults are being immediately expelled under a pandemic health order issued by Trump that Biden has kept in place, although the current administration is allowing in unaccompanied minors and some families to await their immigration court hearings in the U.S. But Democrats are also loudly questioning where the conservative compassion was less than two years ago under President Trump’s watch, when apprehensions hit near-record figures despite his crackdown on the border.

The number of people crossing the border illegally increases nearly every spring thanks to the weather getting warmer. The past three presidents have struggled at times during their tenures with surges in border crossings. But the number of children being apprehended has been particularly high in recent months, straining federal facilities.

As of Tuesday, the Biden administration had more than 4,200 unaccompanied migrant children in Border Patrol custody and roughly 16,000 in the care of federal shelters run by the federal Department of Health and Human Services. By law, unaccompanied children are not supposed to be held in Border Patrol custody for more than 72 hours except for in emergencies. Since Feb. 22, the White House has opened at least eight emergency influx sites of unaccompanied migrant children in Texas, including Freeman, with a total capacity of about 14,000 beds.

As PM warns, Spain may move to an ‘amber watchlist’ this week holidays ‘still dangerous’

Report: Startups are receiving record financing, thanks to Traditional Investors