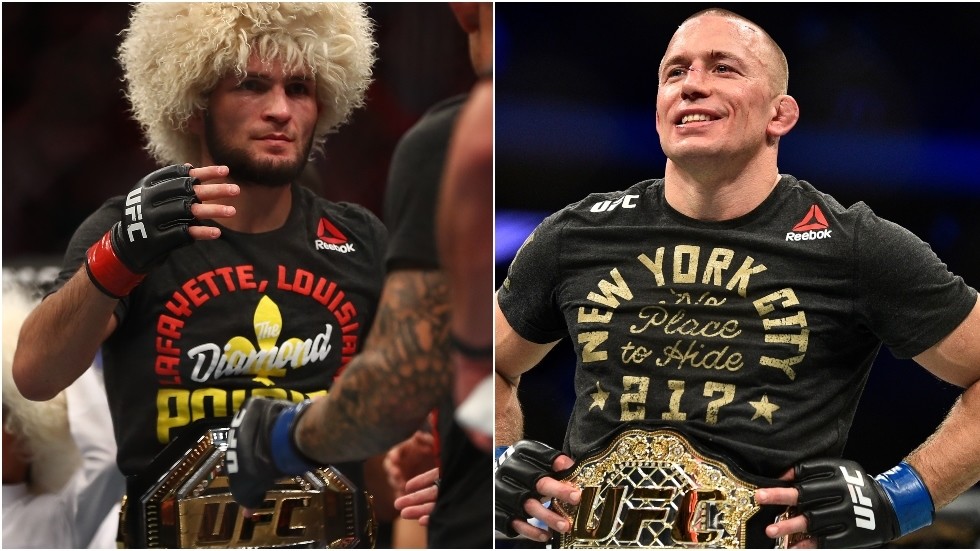 Canadian great Georges St-Pierre has admitted he still feels “the itch” to return to the octagon and would potentially have stepped out of retirement to face former Russian UFC lightweight king Khabib Nurmagomedov.

A match-up with former welterweight and middleweight champion GSP was widely seen as the biggest way of persuading undefeated Dagestani star Khabib to reverse the retirement decision he announced after beating Justin Gaethje last October.

It’s a contest Khabib himself has flirted with numerous times down the years before one of MMA’s biggest fantasy fights was seemingly put to bed when UFC boss Dana White declared he had finally accepted the Russian’s retirement decision in March.

GSP, 39, has not been seen in the octagon since submitting Michael Bisping to win the middleweight title November 2017, vacating the belt not long after and then formally declaring he was retiring in February of 2019.

However, the Canadian star has admitted to UFC pundit-turned-podcast king Joe Rogan that he was tempted by a possible return to face ‘The Eagle’ – a man for whom he has prodigious respect.

“It’s over now,” he added. “If Khabib wants me to fight, he needs to hide himself while I’m in the gym training.

“I was in the gym hitting the pads with Freddie Roach and I hadn’t done it for so long because of Covid and everything in Montreal being closed, but I got my mechanics back and Freddie looked at me and was like, ‘Georges, you’ve got the itch back’ and I was like, ‘Ahh, stop saying that!’.

“If Dana White would walk in right now in the gym in between rounds I would sign the contract in a blink of an eye but then when I go back to Montreal to my home, in my comfort, and I would be like, ‘hell no!”

The best story book ending would have been to combine khabib vs gsp as the conclusion to the story.

Had any fight between the two legendary fighters come to fruition, fight fans have weighed in on what it would have meant to see two of MMA’s most dominant champions square off.

“It would have been the best storybook ending,” wrote one of the potential scrap, while another said that a St-Pierre victory against the undefeated Khabib would have cemented the former dual-champ’s status as the sport’s greatest fighter.

Another was more succinct in their prediction: “I think we all need to consider that Khabib probably would’ve mopped the floor with GSP,” they wrote.

St-Pierre’s newfound interest in the potential Khabib fight, though, is ill-timed. UFC boss White’s campaign to have Khabib reverse his retirement decision in favor of one last hurrah in the cage was ultimately ineffective, despite the potential money-spinning ramifications it would have brought with it.

Also on rt.com ‘They want a guy to beat him’: UFC legend St-Pierre says Dana White wants Khabib comeback in order to END his undefeated streak

So, with a new chapter being written atop the UFC’s lightweight division when Charles Oliveira meets Michael Chandler next month to determine the UFC’s next 155lbs champion, White and the UFC must move forward without pairing its two most successful retired fighters in Khabib and St-Pierre.

The question which remains, however, will be one which could torment White and UFC fans going forward: What might have been?