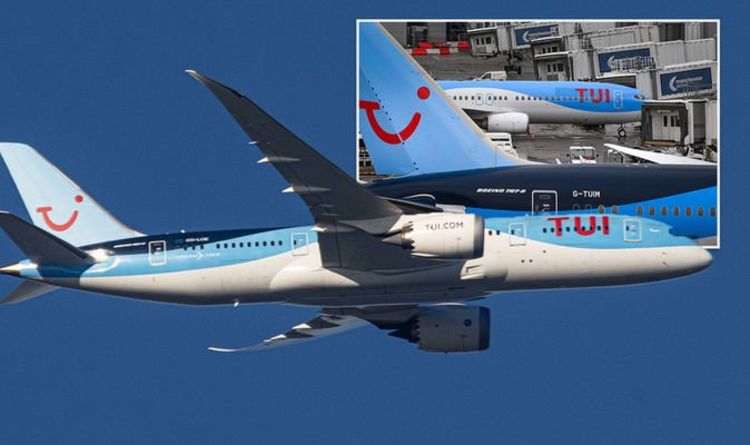 A report by the Air Accidents Investigation Branch (AAIB) into a TUI[1] flight travelling from Birmingham to Majorca found the aircraft had been involved in a “serious incident”. The issue occurred when a technology error saw passengers with the title “Miss” categorised as children onboard June 2020 flight.
This resulted in the estimated weight of the aircraft being significantly off.

Investigators found that an update to the airline’s reservation system, which had happened while flights were grounded during the first coronavirus lockdown, saw 38 passengers being allocated a child’s “standard weight” of 35kg instead of the adult estimate of 69kg.

As a result, the load sheet produced for the captain to determine inputs for take-off stated the aircraft was 1,200kg lighter than it actually was.

This led to the pilot taking off with “less thrust”.

READ MORE: Cabin crew secrets: Why you should never lean against plane windows[2]

According to the experts, the flight was only “marginally less” than it was supposed to be.

The AAIB added: “Safe operation of the aircraft was not compromised.”

A similar problem impacted two other flights later on the same day.

Both are reported to have taken off with the wrong information on load sheets.

Despite this, no major issues were reported as a result of the inaccurate information.

“As stated in the report, the safe operation of the flight was not compromised.”

Express.co.uk has followed up with the airline for additional comment.

At the time of writing, TUI is not operating flights or holidays due to ongoing travel restrictions as a result of the COVID-19 pandemic.

However, the holiday provider has detailed plans to return to flying as soon as May 17 in accordance with Government guidelines.