‘Another big loss’: Manchester United pile the pressure on Spurs... 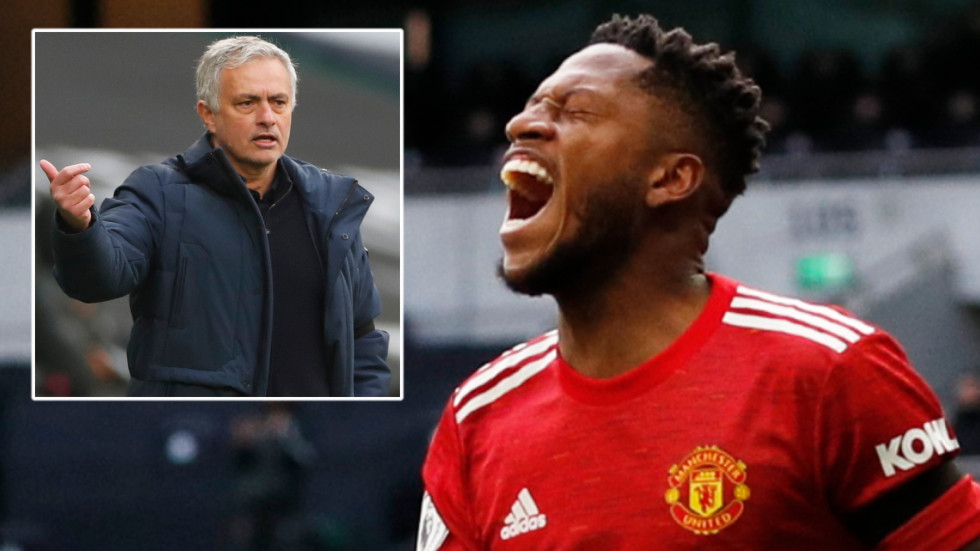 Jose Mourinho suffered a 10th league loss of the season for the first time in his managerial career as his Tottenham side were undone by a pristine second-half showing from Manchester United in Sunday’s Premier League action.

Tottenham’s hopes of securing Champions League qualification for next season appear to be dead in the water after a dismal capitulation to Ole Gunnar Solskjaer’s in-form side at the Tottenham Hotspur Stadium – but what might have been?

After Edinson Cavani had a first-half strike bizarrely ruled out after a VAR inquest revealed that Scott McTominay’s pinky finger had scraped Son Heung-min’s face in the build-up, the South Korean – suitably replenished after a bout of histrionics on the turf – picked himself up to prod home at the near post after Lucas Moura capitalized on some lax defending from Victor Lindelof.

This would be about as good as it got for Mourinho’s side. After the break, United, who have been consistently slow starters all season, moved up a gear and leveled when Fred reacted quickest after Tottenham goalkeeper Hugo Lloris spilled another Cavani effort.

The veteran Uruguayan finally etched his name on the scoreboard after 79 minutes, nodding in a Mason Greenwood cross to give his side the lead.

With Tottenham badly in need of new ideas in the final third, Mourinho opted to send Erik Lamela into the fray while Gareth Bale, perhaps his most potent goalscoring option left in reserve, continued to warm the bench.

It was substitute Greenwood, though, who would make the lasting impact on the game as he fired past Lloris’ near post deep into stoppage time.

“We lost but I praise my players,” Mourinho announced to Sky Sports afterwards. “We have no complaints. It’s very difficult for me to analyse games with the media. I am always criticized when I try to analyze, so I prefer to be general.

“To be general, I think we lost against a very good team. I praise my players and my compliments to United.”

Mourinho, though, clearly wasn’t willing to perform a post-mortem of his team’s defeat to the media.

“We have a problem with holding onto leads, yes,” he said to the BBC. “I’m not ready to go deeper into it with you because every time I try to go a little bit deeper, there is always a reaction, so sometimes I feel a little bit in a grey area.

Solksjaer, meanwhile, said that he was pleased with the result – but reserved some harsh words for the VAR decision which ruled out Cavani’s first-half goal.

“We shouldn’t be conned. I have to say, if my son stays down for three minutes and he needs his 10 mates to help him up, he won’t get any food.

“We weren’t conned: the referee was.”

Also on rt.com Is Jose Mourinho unsackable at Tottenham? We’re about to find out after spineless Spurs’ deepening crisis hits a new low in Europe