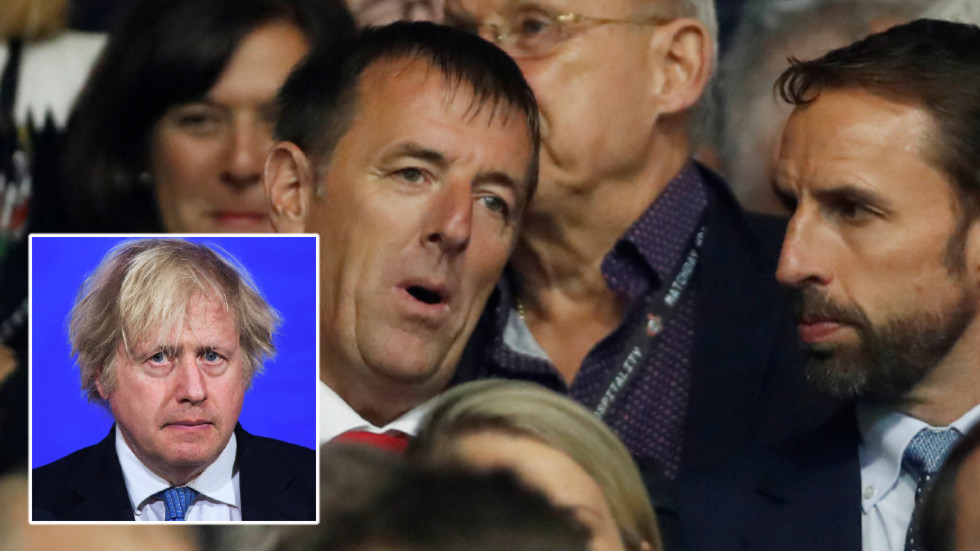 Former England midfielder Matthew Le Tissier has turned off his replies on Twitter after questioning an interview given by Boris Johnson, sharing a video of the UK prime minister talking about Covid-19 lockdowns and vaccines.

Outspoken former Southampton stalwart Le Tissier often holds forth on public debates on Twitter, inviting a predictably fiery range of responses to his views on Covid-19, the UK government’s approach to the pandemic and other topics.

Sharing a video of Johnson speaking about falling infection rates, Le Tissier voiced his suspicions and interpreted the premier’s remarks about health guidelines as being negative about the impact of treatments.

“Just Bojo admitting vaccines don’t work but still trying to make them mandatory,” posted the playmaker, who was long regarded as one of the finest creative midfielders in the Premier League.

Just Bojo admitting vaccines don’t work but still trying to make them mandatory 🤔 but guess what compare to countries not locked down and curve is the same so lockdowns don’t work either 🤷‍♂️ https://t.co/1ftpCLnHtL
— Matt Le Tissier🌸 (@mattletiss7) April 13, 2021

“But guess what? Compared to countries not locked down, [the] curve is the same – so lockdowns don’t work, either.”

Rather than encourage debate on his latest observations, Le Tissier, who was recently ousted from his broadcasting post with Sky Sports, blocked replies –but that didn’t stop respondents having their say elsewhere on the social media platform.

“I love how the big f*cking idiot turns his replies off so people can’t directly call him a tw*t,” came one insult.

Ffs Matt Le Tissier purposefully misunderstanding something he doesn’t agree with. Surprise, surprise. A vaccine isn’t effective at the population level until sufficient numbers have been fully vaccinated to achieve herd immunity. https://t.co/U4YPoTwIBP

A critic of the UK lockdown supported Le Tissier. “Never thought I’d agree with [him], but it’s strange times indeed,” they said.

The vast majority, though, could not resist the opportunity to point out that Johnson had only appeared to be arguing that vaccines were not an all-in-one solution.

“I can’t believe Matt Le Tissier is making me want to defend a comment made by Boris Johnson,” scoffed another.

“He doesn’t admit the vaccines don’t work – it’s just that seeing as only five million people are fully vaccinated so far, it’s quite obviously the lockdown that’s led to the reduced transmission.”

Even a fan of the Saints, for whom Le Tissier is regarded a legend, put the boot in. “To all football fans out there, Matt le Tissier’s conspiracy theorist lies don’t represent the club or us fans,” they regretfully announced.

“He’s an embarrassment to club and our city. Spreading misinformation for 12 months is not having an opinion – it’s an illness.”
Also on rt.com ‘I laughed a lot’: Man United boss Solskjaer’s son calls Jose Mourinho a bad loser over Spurs spat, confirms he ‘always gets food’